The MountainTrue Raleigh Report covers environmental politics and policy, with a focus on the issues that affect Western North Carolina. See our 2019 legislative agenda here. 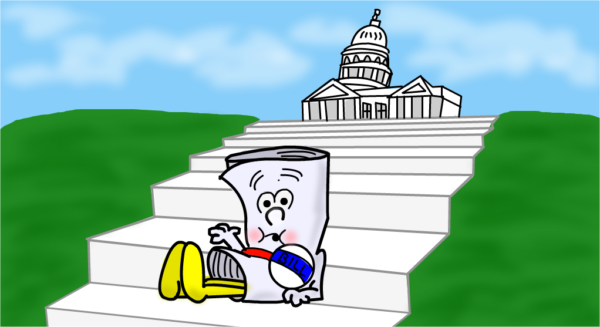 The latest on the proposed constitutional amendments, $3 million for landslide hazard mapping in WNC and funding for a whirling disease study from the NC General Assembly.

END_OF_DOCUMENT_TOKEN_TO_BE_REPLACED 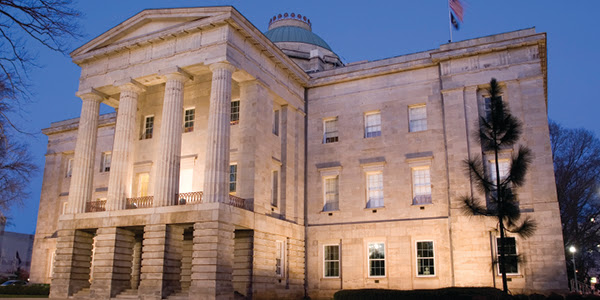 Despite overwhelming grassroots opposition to this bill, the legislature voted to override Cooper’s veto of SB711. Below is a list of WNC legislators and how they voted on the override. We encourage you to take a moment to see how your lawmaker voted on this critical issue. And a big thanks to all of you who helped us mobilize support against this bill – we hope you will continue to join us in speaking up for WNC’s environment and the health of the people who live here.

END_OF_DOCUMENT_TOKEN_TO_BE_REPLACED 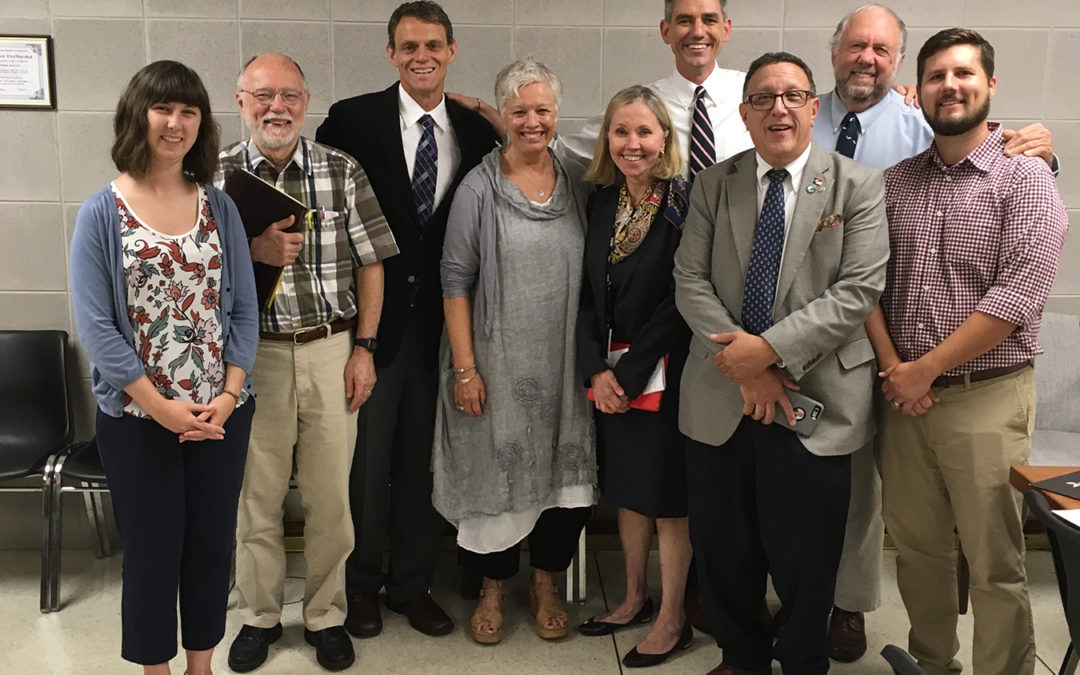 On the veto override front, the two biggest environmental bills of the session – the 2018 Farm Act and the legislature’s annual regulatory “reform” bill –  are now on the Governor’s desk. A veto of the Farm Act is widely expected. There are 74 Republicans in the House and 35 in the Senate, so a strict vote along party lines would override the vetoes. However, collecting the needed votes for an override is a very different game in each chamber. Expect the Senate majority to easily and quickly override any veto of these bills. In the House, however, the vote is likely to be much closer, with many environmental groups (including MountainTrue) and other opponents of the bill working hard to find the votes to sustain a veto.

END_OF_DOCUMENT_TOKEN_TO_BE_REPLACED 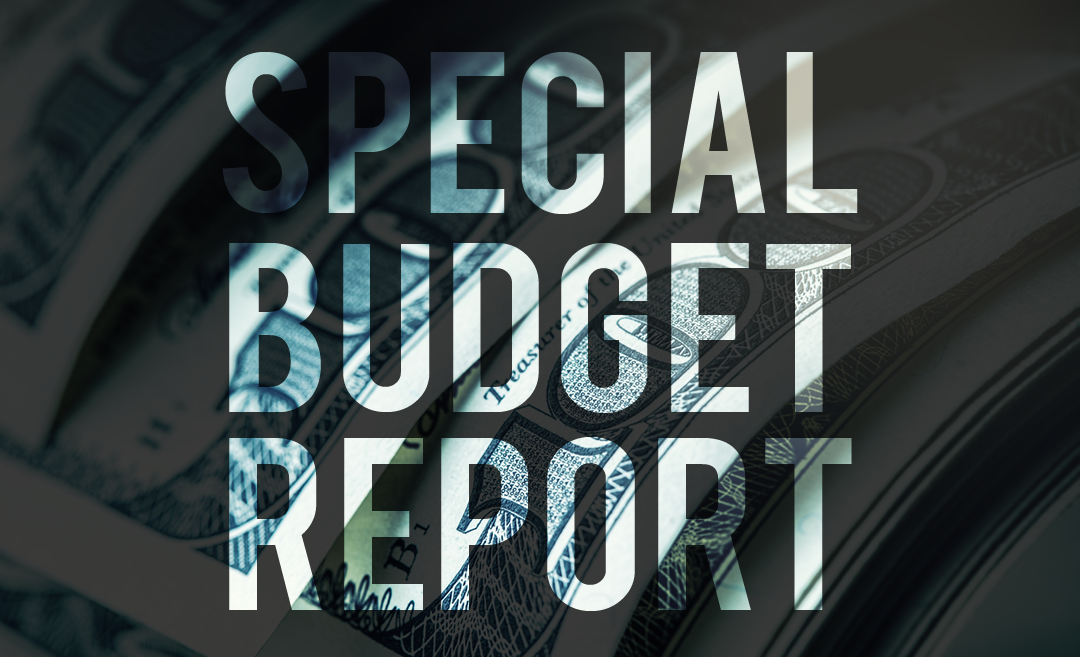 Last week, in a blur of committee meetings and debates on the Senate and House floor, the legislature completed its most important task of the 2018 General Assembly session – approval of the $24 billion state budget for the 2018-19 fiscal year, which begins July 1.

In this report, we’ll try to do a little of all three.

END_OF_DOCUMENT_TOKEN_TO_BE_REPLACED

May 16 marked the first day of the 2018 legislative session, and it took less than one day for lawmakers to begin making headlines about what is likely to be the biggest environmental issue of the session – the General Assembly’s response to the 2016 discovery of GenX, an “emerging contaminant” in the water supply of tens of thousand of people in the Cape Fear region and perhaps thousands more across the state.

END_OF_DOCUMENT_TOKEN_TO_BE_REPLACED

As the May 16 opening of the 2016 legislature’s short session approaches, the pace at the General Assembly is quickly accelerating. Senate and House budget writers have been meeting in hopes of approving a budget on a very expedited schedule once the legislature officially returns. If they stay on schedule, most of their work may be complete before Gov. Cooper releases his budget proposal – now scheduled for May 10.

END_OF_DOCUMENT_TOKEN_TO_BE_REPLACED 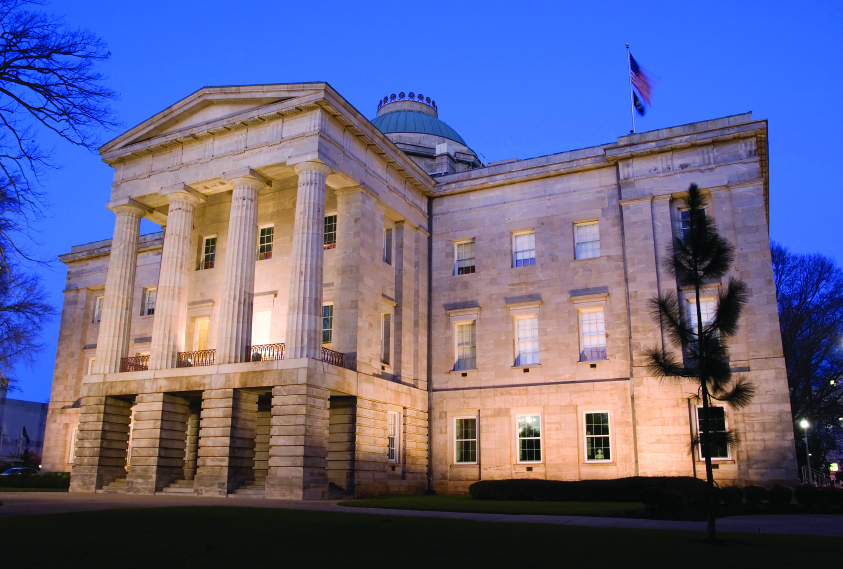 Michael Regan, Secretary of the North Carolina Department of Environmental Quality, hosted a meeting of the state’s environmental organizations last week to review the department’s first year and look forward to the year ahead, including the 2018 legislative session. Regan, who was flanked by his entire management team, listed key hirings in several agencies, as well as responding to the unexpected discovery of the GenX pollutant in the Cape Fear River, as key milestones in his first year under Gov. Roy Cooper.

END_OF_DOCUMENT_TOKEN_TO_BE_REPLACED

In a happy turn of events, we have some good news to share from Raleigh. It actually happened last summer, when the General Assembly created a new position at the N.C. Department of Commerce to promote North Carolina’s outdoor recreation economy and bring new outdoor...

END_OF_DOCUMENT_TOKEN_TO_BE_REPLACED

Over the last month, the North Carolina General Assembly has met twice in “special session” to consider legislation to address one of the most high-profile threats to our state’s water quality – and public health – in recent years. Of course, we’re referring to the discovery of GenX, an “emerging contaminant” in the Cape Fear River as well as other public drinking water supplies in North Carolina.

END_OF_DOCUMENT_TOKEN_TO_BE_REPLACED

Controversy over the presence of GenX, an emerging contaminant, in North Carolina’s drinking water has focused on the Cape Fear area, but the issue raises serious questions about the safety of drinking water across the state. This special edition of our Raleigh Report explains what’s been found in NC’s drinking water and how we hope to make it safer.