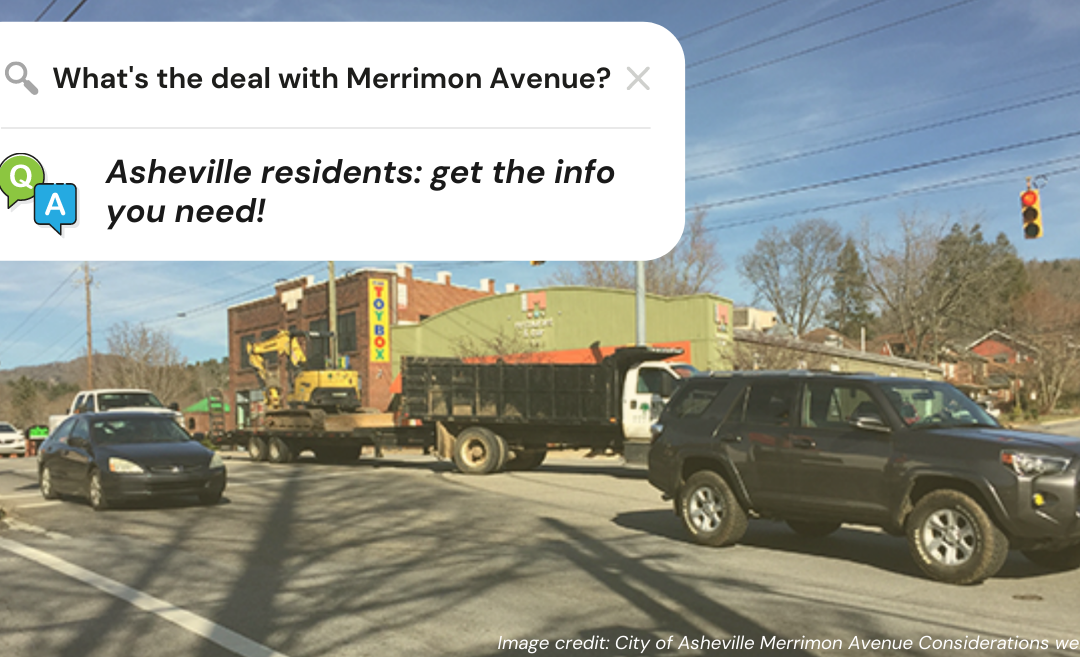 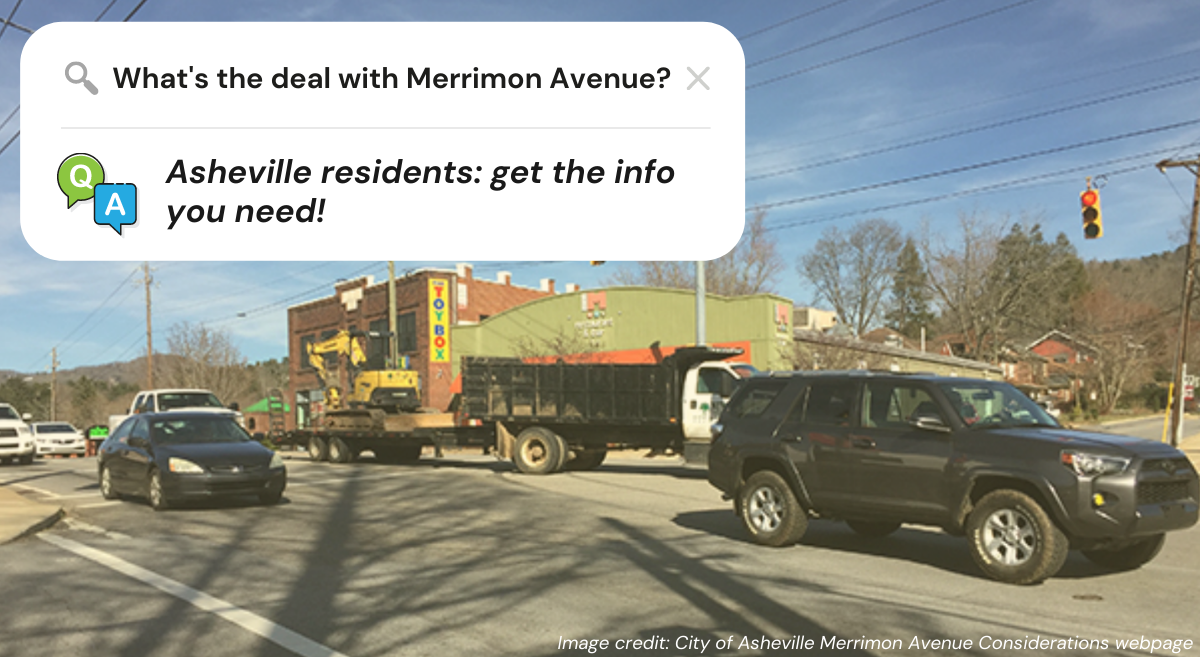 Merrimon Avenue is dangerous – not only for pedestrians and cyclists but also for drivers. Has anyone else sat in your car waiting to turn left off Merrimon and watched your rearview mirror in horror as another driver comes flying up behind you and then swerves into the right-hand lane just barely missing your bumper? Or have you been the unfortunate victim of a situation where that driver didn’t quite swerve in time and crashed into you? We don’t want this to happen anymore. People should be able to walk safely along the sidewalks or bike into town without risking their lives.

Luckily, right now we have the opportunity to influence the North Carolina Department of Transportation (NCDOT) to improve the design and make the road safer for all users! NCDOT is considering streamlining the road to add both bike lanes and a center turning lane, which would create a calmer and safer experience for everyone. You can provide your input by taking NCDOT’s Merrimon Avenue Survey by March 22, 2022.

If you’d like a guide that can help explain parts of this survey and give tips on how to respond to some of the open-ended questions, we encourage you to review this excellent resource created by our organizational partner, Asheville on Bikes. For more information on the project from a local perspective, check out this Asheville Citizen Times op-ed written by MountainTrue’s Community Engagement Director and North Asheville resident, Susan Bean.

The City of Asheville is seeking resident input on the Merrimon Avenue Reconfiguration Project. The City’s comment period — open until March 22, 2022 — aims to gather public feedback about a proposed 4-3 conversion (road diet) for Merrimon Avenue. This conversion would take place as part of an upcoming NCDOT repaving project, a project which had been delayed, until now, by the pandemic and by discussions between NCDOT and the City about the future of Merrimon Avenue. Repaving projects include re-striping between the curbs, and that re-striping can be designed to create a different traffic configuration, as is proposed for Merrimon.

This repaving and subsequent 4-3 conversion is a once-in-a-decade opportunity to make Merrimon Avenue better fit the needs of the community. Like our friends at Asheville on Bikes, we recommend that Asheville residents follow this project and discuss it with their neighbors.

MountainTrue supports a 4-3 conversion for Merrimon Avenue north of downtown for many reasons — and one of the best reasons is that it will make the road safer for all users.

Here’s what we know about Merrimon Avenue as it stands right now:

Based on what we know about 4-lane roads that are reconfigured into 3-lanes with a center turn-lane: