Hendersonville Green Drinks: The State of the Broad River 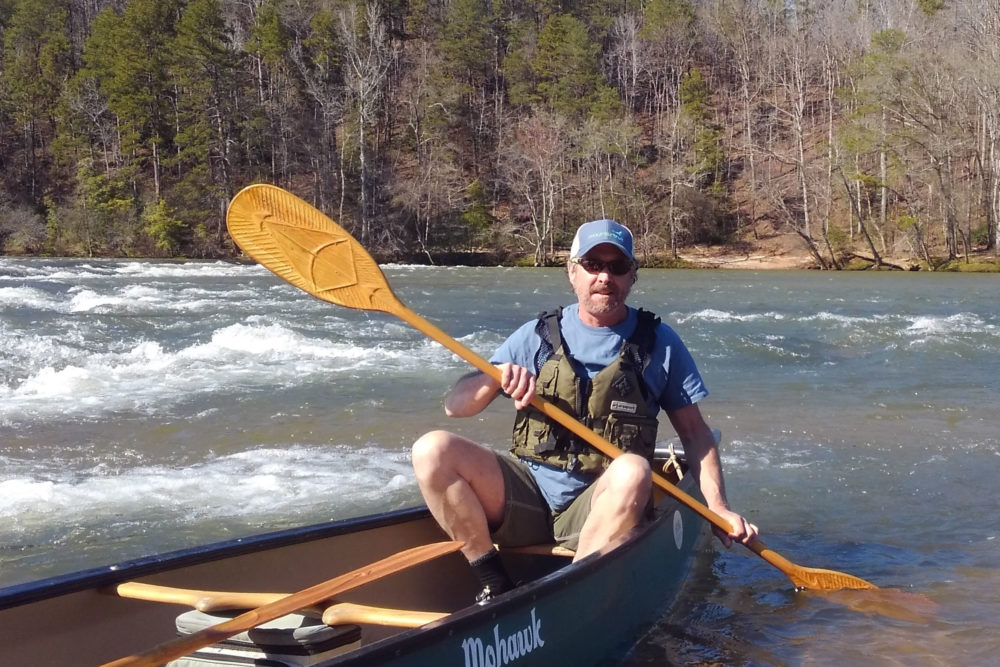 Hendersonville, NC – On Thursday, February 13th, Hendersonville Green Drinks welcomes David Caldwell, MountainTrue’s Broad Riverkeeper. The Broad River has its headwaters in the Chimney Rock area and runs all the way to Colombia, S.C. In his talk, David will focus on the many threats that face the river, from factory and farm pollution to riverside development, and highlight the work he does to protect the river. David will also discuss his work that led to the recent settlement with Duke Energy and what this victory means for the coal ash that has threatened the safety of the river for years.

David Caldwell moved to the Broad River Watershed in 1987, after receiving in Engineering degree from Clemson University. Since then, he’s been swimming, fishing, paddling and exploring the watershed’s rivers and tributaries. In 2011 he founded the Broad River Paddle Club to connect folks who enjoyed recreating on the Broad River. After many years of paddling the river, he developed a concern for the health of the watershed that led him to found the Broad River Alliance, a Waterkeeper Affiliate, in 2015. After over 3 years of volunteer work protecting the river, David became a member of MountainTrue’s staff. David received his Waterkeeper license and became the first Broad Riverkeeper in 2019. David is also an excellent woodcarver and has been running a wood carving business for 25 years.