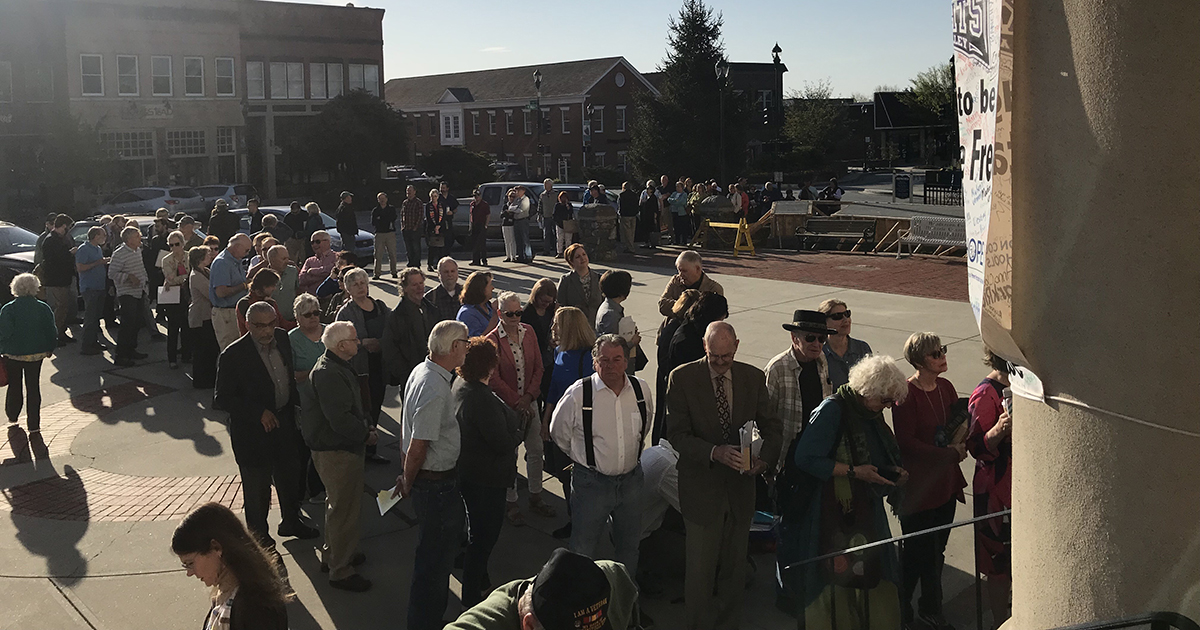 We did it! After a week of whirlwind organizing, residents of Saluda and the greater Henderson County area are celebrating victory as Hendersonville County Commissioners have promised to back away from building a proposed shooting range and law enforcement training center. The facility would have been built on a 99-acre lot on Macedonia Road and bordering the Green River Game Land.

“As our region continues to grow, we have to consider what type of development we want to see and how we can strike a balance between the influx of people moving to our beautiful area and the protection of our special places and rural character,” says Gray Jernigan, MountainTrue’s Green Riverkeeper. “That takes careful planning and an engaged citizenry who will put their foot down to stop a bad idea in its tracks when necessary.”

And why was this an issue MountainTrue cared about? “We ha[d] lots of concerns about lead contamination and water quality, noise impacts on wildlife, sedimentation from land clearing and development, and potential steep slope development and landslide risk,” Gray told MountainTrue members in an email and the Hendersonville Lightning in an interview. The wetlands and streams at the proposed site drain directly to the Green River, which is also a water supply watershed, and lead contamination from bullets posed a water quality threat.

Residents pointed out that they were opposed to the site chosen for the shooting range, and not to shooting itself. Resident Carl McMurray said, “I’m a gun owner. I’m a pretty avid shooter. That’s not the issue. My issue is with the traffic and noise.”

A small number of Saluda residents unexpectedly received letters from the Sheriff this month informing them that their properties would be affected by the construction of the project. The letters invited them to an information session at the proposed site on Saturday, April 14, but so many people were expected to attend that the Sheriff moved the location of the meeting to the courthouse in Hendersonville late Friday afternoon. Again, only a handful of residents were notified of the change.

Gray became active in opposing the shooting range early on, coordinating with local residents and mobilizing MountainTrue members. He postponed a river cleanup on Saturday to attend the information session and invited paddlers, but the session happening inside was not open to the public or the media. Gray joined other residents in expressing concern about the public input process, telling the Hendersonville Times-News, “It seems strange that a project that implicates public land would be closed to the public.”

“More Emails Than Residents of Saluda” 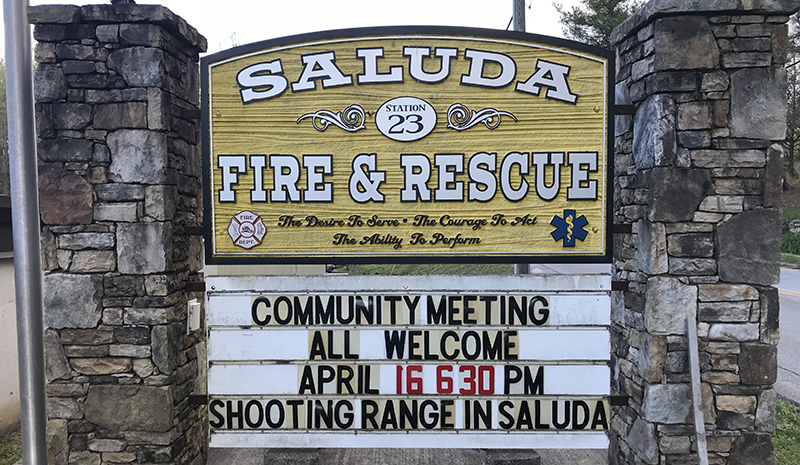 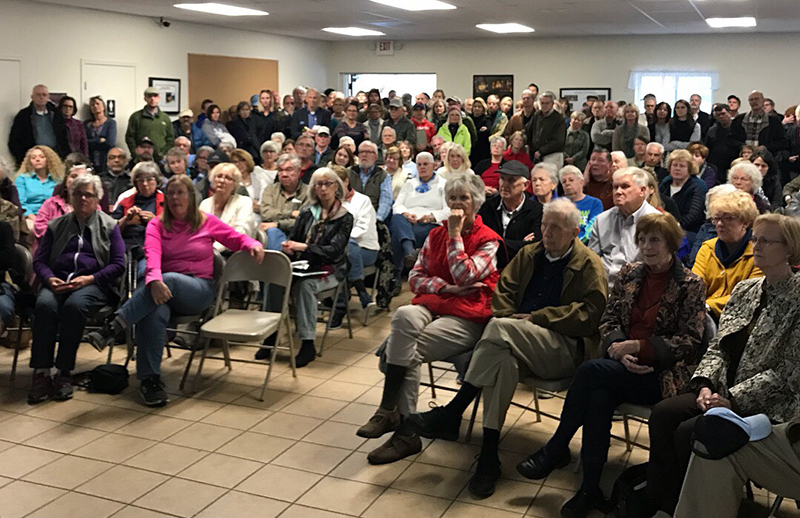 The community regrouped for a meeting the following Monday, April 16 to keep organizing. A couple hundred people turned out to the Saluda Fire and Rescue Department to share their concerns about the project and plan the next steps for their response. They encouraged their fellow community members to flood the Henderson County Commissioners with emails, and Commissioner Grady Hawkins later said he had received “more emails than there are residents of Saluda” opposing the shooting range.

Two days later, Saluda turned out in force again for a County Commissioners meeting on April 18. The shooting range project was not on the agenda, but when the Commissioners saw the turnout of concerned citizens, they quickly amended the schedule to include discussion. This was the first time that County officials talked publicly about the project, which likely would not have happened without citizens getting involved.

Success, Less Than A Week Later

Henderson County is still under contract on the property and has an option to purchase it until the end of May. The County had already signed contracts with inspectors and consultants to prepare a due diligence report on the property, so the Commissioners decided to fulfill those obligations and will wait to receive the report at their May 16 meeting before officially abandoning the project.

Want To Learn More About Our Work in Saluda and Henderson County?