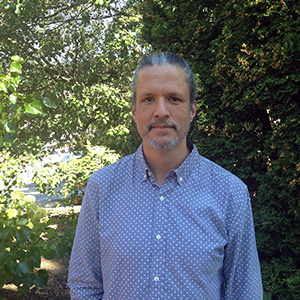 Karim brings more than fifteen years of experience across a variety of settings to the role of Communications Director at MountainTrue. Karim cut his teeth at The Campaign Group, an industry-leading political advertising firm, where he helped to elect candidates including U.S. Representative Loretta Sanchez of California and Governors Bill Richardson of New Mexico and Ed Rendell of Pennsylvania.

After leaving the world of political advertising, Karim focused on issue advocacy and worked with several nonprofits. He executed EarthRights International’s press strategy surrounding the historic legal settlement of Doe vs. Unocal, developed and implemented media strategy and press outreach for a Philadelphia-wide citizen-run referendum on casino development, and helped the Greater Philadelphia Cultural Alliance firmly establish the arts sector as a crucial civic asset and economic driver for southeastern Pennsylvania. Most recently, Karim managed the global press outreach for the premiere of NBA legend Yao Ming’s anti-wildlife poaching documentary, which aired on Animal Planet in the U.S., Europe and Africa, and on CCTV in China. In his free time, Karim can be found hiking the forests and mountains of Western North Carolina, or at home poring over maps and planning his next adventure.