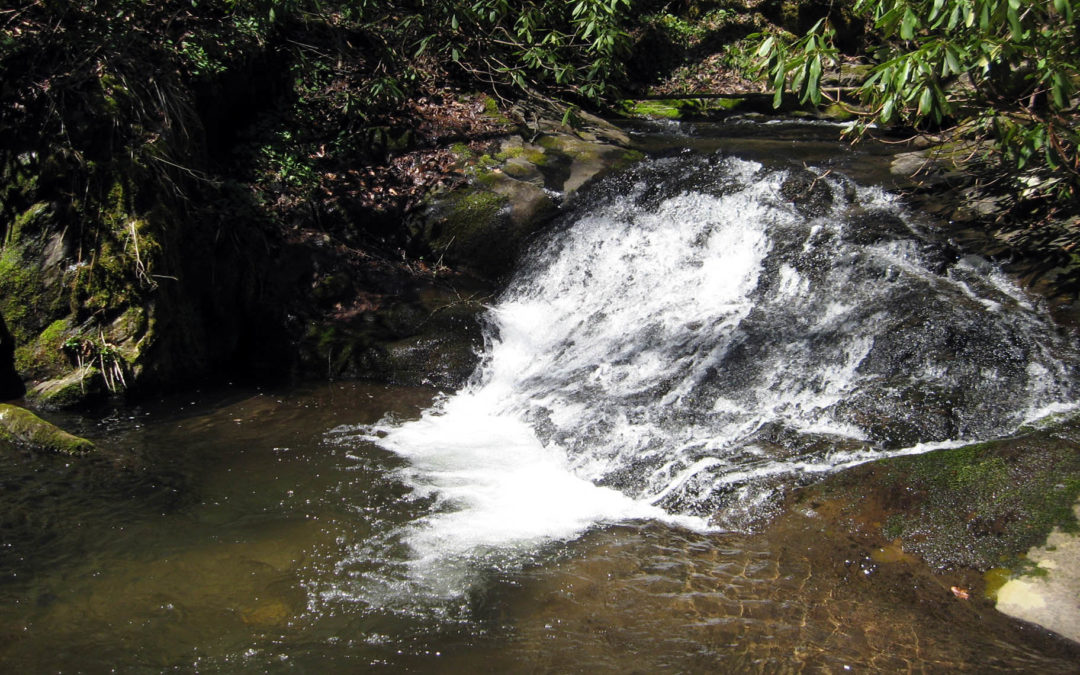 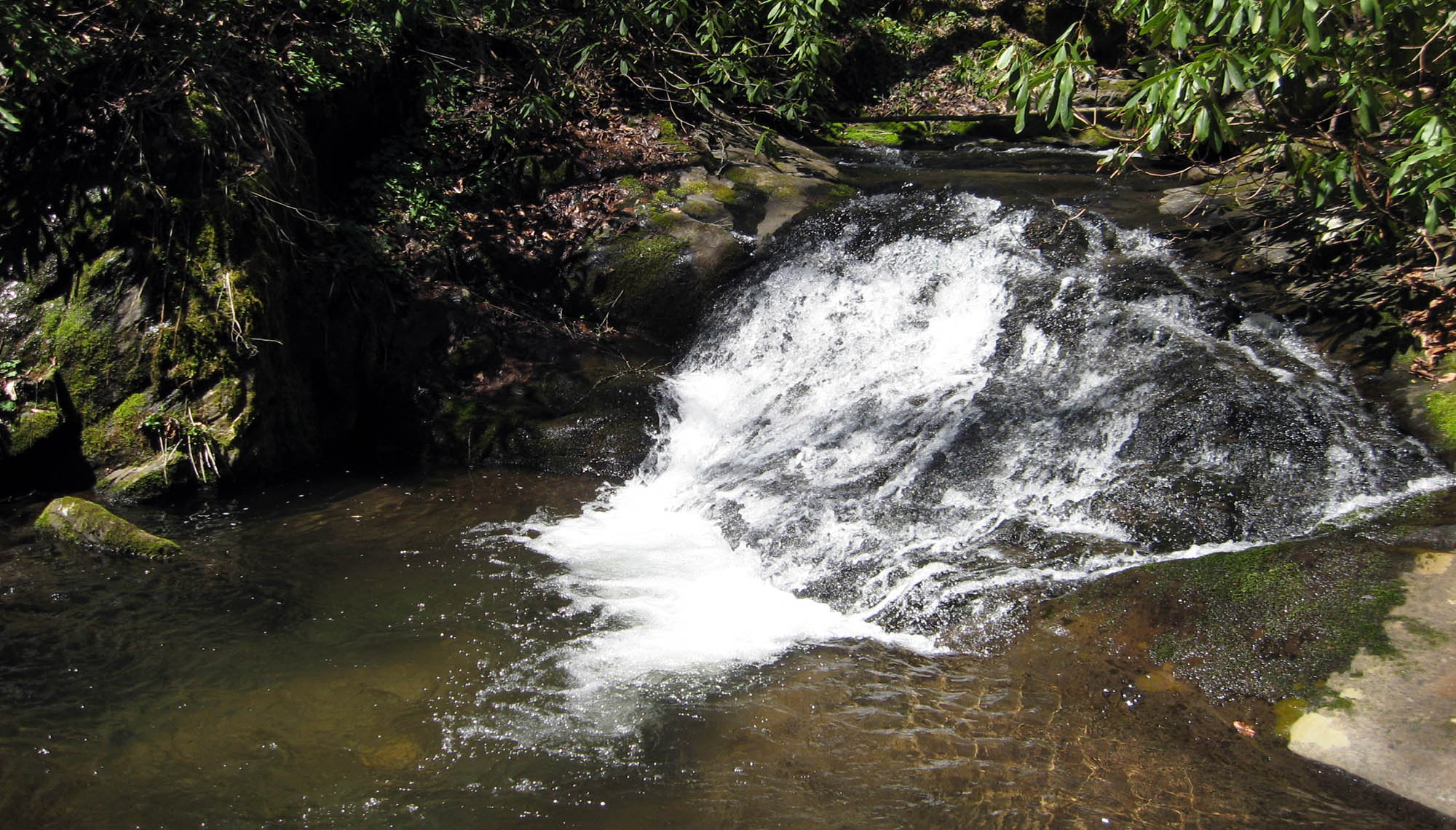 On June 17, 2020, the U.S. Government purchased a 49.33-acre in-holding at the headwaters of Laurel Creek, in Clay and Cherokee counties, making the land public and part of Nantahala National Forest! The purchase from the Mainspring Conservation Trust closes the loop on a 12-year battle by the former Hiwassee River Watershed Coalition, MountainTrue and several other partners to prevent private landowners from building a road through the National Forest and cabins at the top of pristine headwaters of Fires Creek. 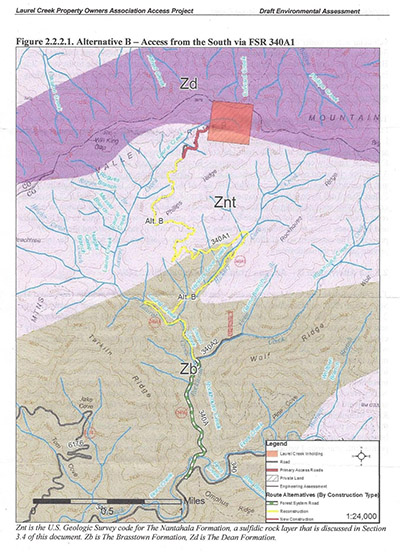 The long journey to public ownership began back in 2008 when the Forest Service released a scoping notice for a proposed road-building project in the Fires Creek watershed of Nantahala National Forest in Clay County. Through the scoping letter, we learned that in March 2006 some people had collectively purchased an almost 50-acre inholding (piece of private land completely surrounded by public land) on the rim of the Fires Creek watershed with no vehicular access and they were requesting to build a road to it. The preferred route was following a very old logging road, turned horse trail, for 3.5 miles up the Laurel Creek and Hickory Cove Creek drainages, and then constructing 0.34-miles of new road at the very top.

The potential environmental impact of this project was extreme. Of the 3.84 miles of proposed road, 57% (including all of the new road construction) lies within the Nantahala (geologic) Formation. As was reported in the Environmental Assessment, “The Nantahala Formation is one of many formations known to the North Carolina Geologic Survey as posing a high risk of generating acid runoff because of the abundance of iron sulfides in the rock.” Additionally, there are 13 stream crossings and 1.44 miles (37%) lies within 100 feet of perennial streams.

Fires Creek is classified by North Carolina as an Outstanding Resource Water (ORW). There are only nine ORWs in WNC! Yet, despite this and a state Significant Aquatic Natural Heritage Area designation, as well as the area’s popularity for a wide variety of recreational activities from hunting, fishing and horseback riding to hiking, swimming and nature study, and the potential environmental impacts, the Forest Service continued to favor and would ultimately approve the Laurel Creek route for the road.

Over a 10-year period, Hiwassee River Watershed Coalition, MountainTrue and our partners advocated for water quality protections related to the road-building activity though comments, objections and appeals. After five revisions to the Environmental Assessment, the final decision included many provisions that made the project cost-prohibitive for the landowners. In 2018, they sold the inholding to Mainspring until the Forest Service could acquire the funds to purchase it.

This is a major victory for clean water, public lands and outdoor recreation. And it’s a victory that would not have been possible without the National Environmental Policy Act (NEPA). Without the requirement for the Forest Service to solicit and consider public input, there would likely be a 4-mile road (open for vehicular traffic only to the inholding landowners and their guests) right beside Laurel and Hickory Cove Creeks in the heart of the pristine Fires Creek watershed! There would probably be private homes up on top of the rim and a superb 3-day backpacking loop permanently severed. Without NEPA, we probably wouldn’t have even known about the project until construction and water quality violations began. 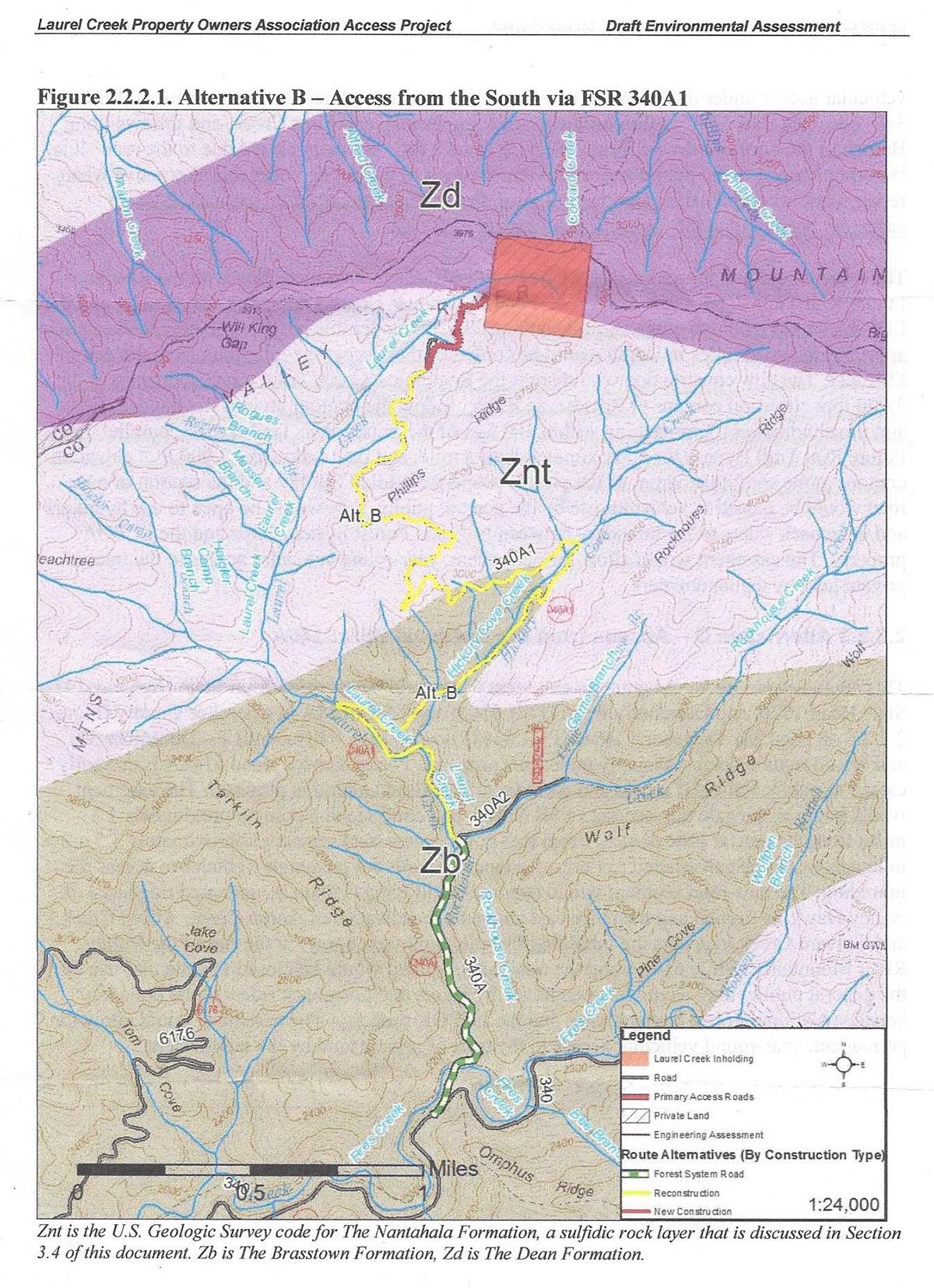