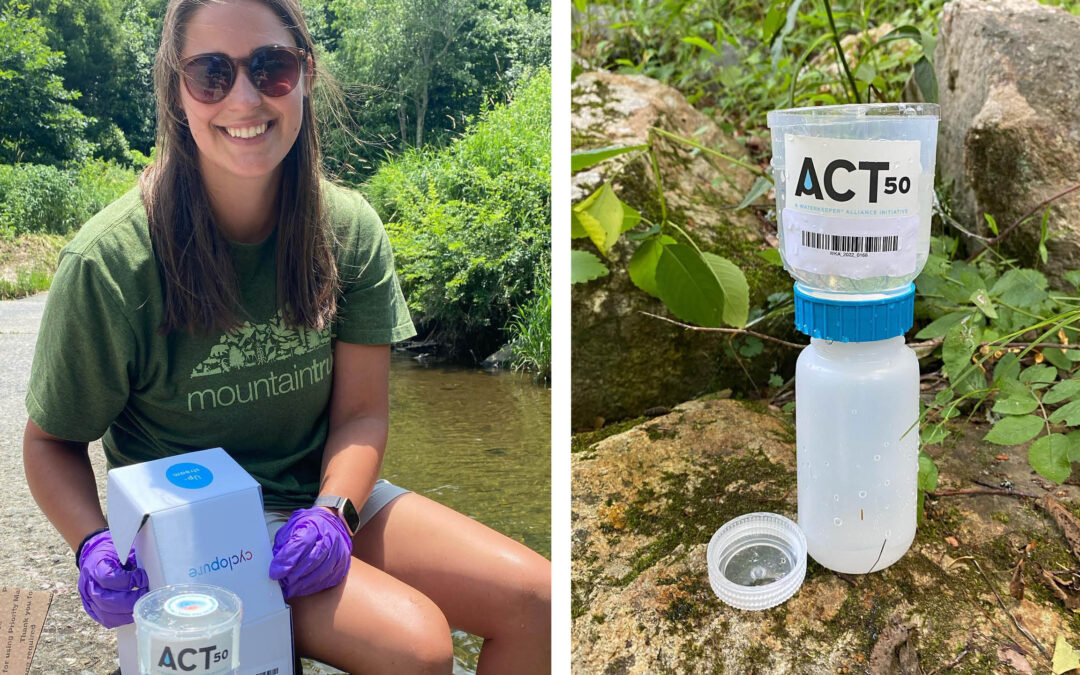 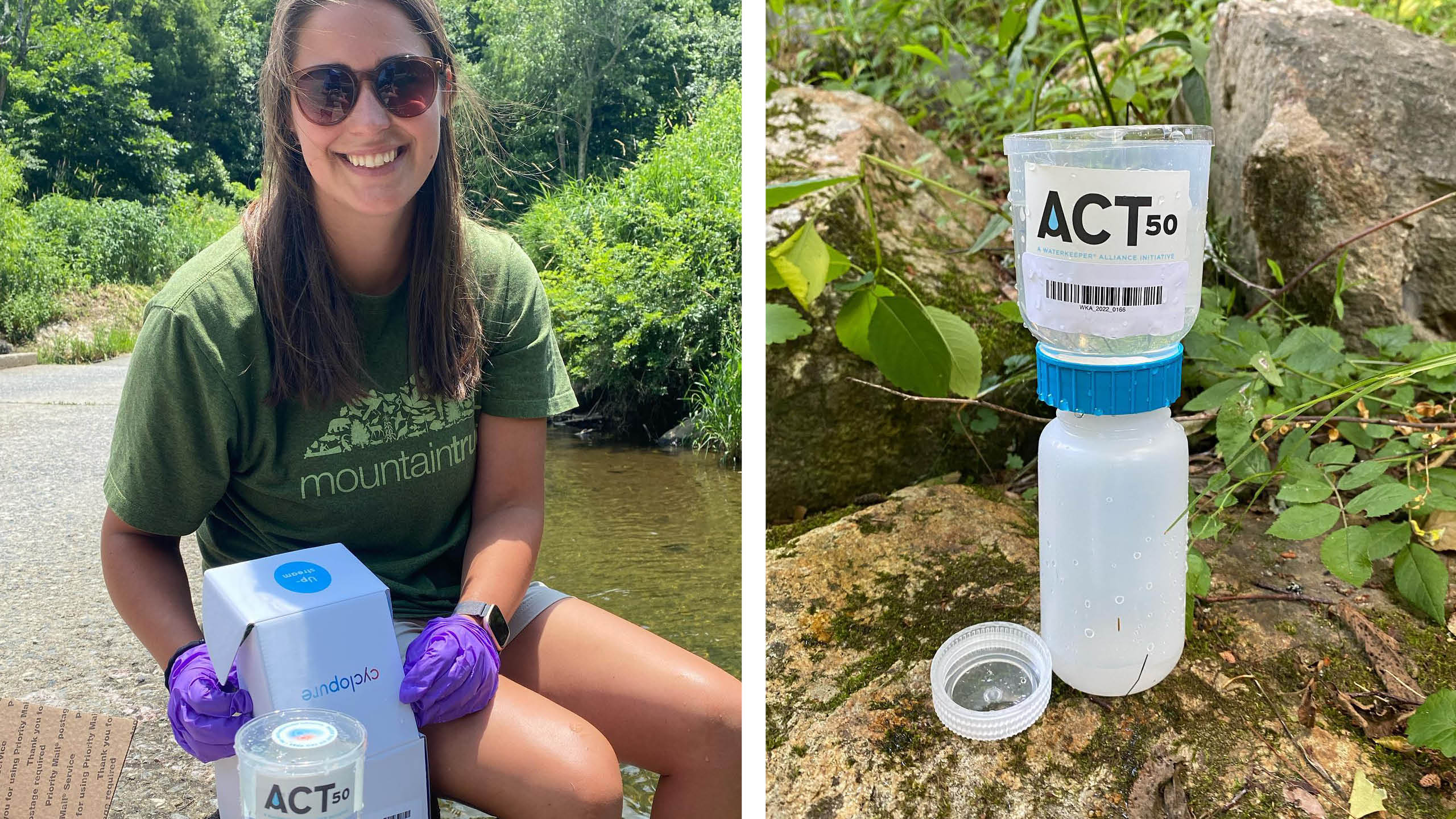 MountainTrue’s Watauga, Green, and Broad Riverkeepers participated in a recently released, groundbreaking new study of cancer-causing per- and polyfluoroalkyl substances (PFAS) contamination across a select subset of U.S. surface waters. The study found that PFAS pollution is widespread. In samples collected from 114 waterways across the country, 83% contained at least one type of PFAS — substances widely linked to serious public health and environmental impacts.

Since the 1950s, PFAS have been widely used in manufacturing and are found in many consumer, commercial, and industrial products. Often referred to as “forever chemicals,” PFAS do not break down over time. Instead, these dangerous chemicals accumulate in people, wildlife, and the environment. As a result, PFAS have been found in surface water, air, soil, food, and many commercial materials.

“These dangerous chemicals are an emerging threat throughout our country. Here in Western North Carolina, we’ve documented relatively low levels of PFAS contamination,” explains Broad Riverkeeper David Caldwell, “we have more work to do to identify sources of PFAS pollution, but often increased levels are documented downstream of industry, landfills, and wastewater treatment plants.”

MountainTrue’s Riverkeepers collected water samples upstream and downstream of wastewater treatment plants on the Watauga River and Green River and an industrial landfill on the Broad River. The results showed generally low levels of PFAS contamination throughout the mountain region compared to samples collected in the eastern part of the state. Sampling conducted by the Broad Riverkeeper found no detectable PFAS upstream of the Cleveland County landfill and the presence of four PFAS varieties downstream (download the sampling results for the Broad River). The Watauga Riverkeeper found low levels of two varieties of PFAS upstream from the Jimmy Smith Wastewater Treatment Facility and higher levels and three additional PFAS varieties downstream (download the results for the Watauga River). The Green Riverkeeper found no detectable PFAS upstream of the Columbus Wastewater Treatment Plant and found low levels of three varieties of PFAS downstream in White Oak Creek (download the results for the Green River).

“This is a wakeup call for our region,” explains Watauga Riverkeeper Andy Hill. “But we have more work to do. MountainTrue and Waterkeepers Carolina are conducting additional sampling throughout our region and the state, and we will provide a more detailed analysis of PFAS contamination of local waterways.”

A total of 113 Waterkeepers across the country collected samples from 114 waterways across 34 states and the District of Columbia (D.C.). Independent analysis indicates widespread contamination, with 94 participating Waterkeeper groups confirming the presence of PFAS in their waterways. Waterways in 29 states and D.C. were found to be contaminated by at least one, but most frequently, many revealed the presence of up to 35 different PFAS compounds.

In some places, like creeks connected to the Potomac River in Maryland, the Lower Susquehanna River in Pennsylvania, and the Niagara River in New York, the level of contamination is thousands to hundreds of thousands of times higher than what experts say is safe for drinking water. An estimated 65% of Americans source their drinking water from surface waters similar to those sampled. While the state of North Carolina has done some testing of drinking intakes, additional data is needed. It is important to note that locally in Western North Carolina, we do not suspect a threat to drinking water supplies based on current evidence.

Scientific studies increasingly link these toxic chemicals to serious health conditions such as cancer, liver and kidney disease, reproductive issues, immunodeficiencies, and hormonal disruptions. Despite serious health risks, there are currently no universal, science-based limits on the various PFAS chemicals in the United States. For many PFAS chemicals, the EPA has not even set a health advisory limit that would give the public a baseline to determine what amount of PFAS is unhealthy in drinking water. In most cases, the EPA is not doing adequate monitoring for these chemicals, which is why these findings are so unique and important.

This data plainly demonstrates that Congress and EPA must act with urgency to control persistent PFAS contamination across the country. The current lack of oversight puts the health and safety of communities and ecosystems across the nation at risk and results in costly cleanup and treatment activities to remove PFAS contamination after it has occurred. To learn more, visit waterkeeper.org/pfas.