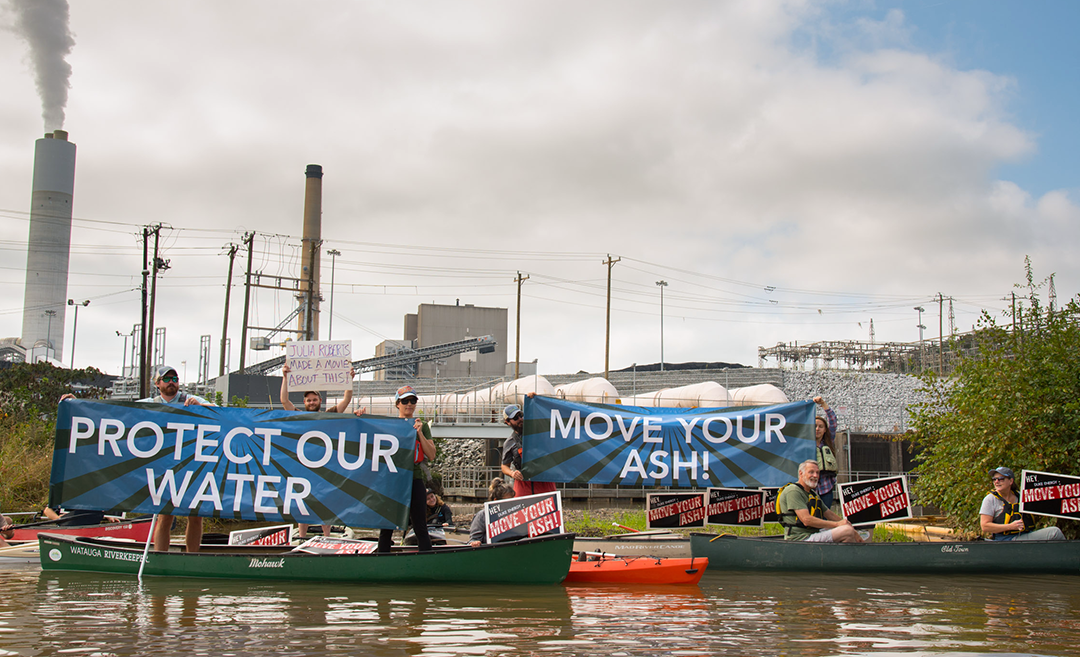 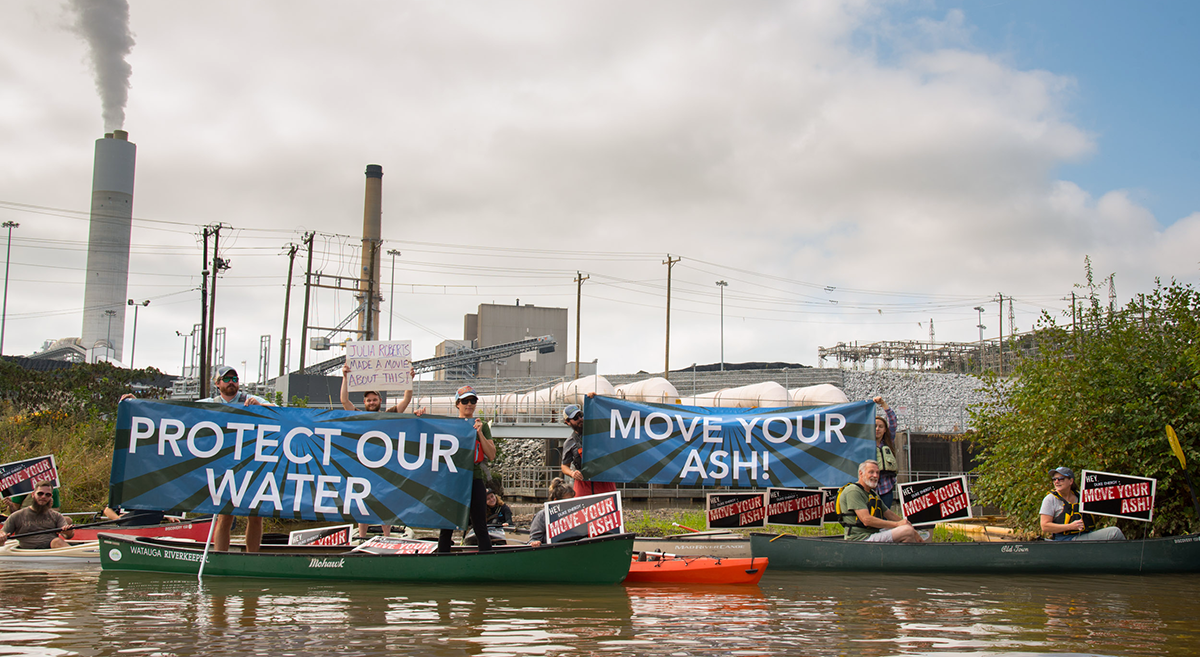 Cliffside, N.C. – On April 1, North Carolina’s Department of Environmental Quality (DEQ) announced that they will require full excavation of all coal ash impoundments in NC. As a result, a total of nine coal ash pits at six coal-burning plants – Allen, Belews, Cliffside/Rogers, Marshall, Mayo and Roxboro – must be fully excavated and moved to lined landfills. Below are statements from MountainTrue’s Broad Riverkeeper, David Caldwell, and MountainTrue’s Co-Director, Julie Mayfield.

“This is a huge victory for clean water and the health of communities living near coal-burning power plants in North Carolina. DEQ has proven their mettle, showing the people of our state that they intend to do their job of protecting our water and environment. They have shown  big business and industry that polluting our water is unacceptable, and that polluters will be held accountable. This has been a long battle for frontline communities, which have shouldered the burden and the risks associated with coal-fired power for decades.

I personally became involved in the fight to clean up coal ash in 2014, and started the Broad River Alliance in 2015. In 2016 I attended the first of DEQ’s public input meetings regarding Cliffside, joining over one hundred concerned local citizens who stood up and spoke out for clean water. We asked DEQ and Duke Energy to do the right thing and dig up the ash that has been sitting in our groundwater and leaking dangerous contaminants into the Broad River.

The Cliffside community has been showing up and speaking out about the dangers of coal ash for the past three years. Finally, a victory has come for the people and for the environment that sustains us all. It is truly possible that I will one day be able to say to the young fishermen of the Broad River, ‘Yes, the fishing here is fantastic!  And these fish are good to eat! We have clean water and we intend on keeping it!’”

“MountainTrue is so grateful to DEQ for listening to affected communities and heeding the science showing that full excavation is the only safe option for coal ash closure in our state.

MountainTrue and the Sierra Club launched the focus on coal ash in North Carolina in 2012 as part of the Asheville Beyond Coal campaign. Through that campaign, we secured the forthcoming retirement of Asheville’s coal plant on Lake Julian and the full excavation of those coal ash ponds. This put Asheville’s air and water on a pathway to a cleaner future, but the future for the people and environment in Cliffside and other frontline communities across the state were until now uncertain. This historic decision by DEQ will change all of that.

MountainTrue is grateful for the affected community members who spoke out at hearing after hearing to help secure this victory, as well as for grassroots organizers all across the state and partner organizations like the Southern Environmental Law Center who made this outcome possible. We will continue to monitor this process closely, and we call on North Carolina’s legislators to help ensure that DEQ’s decision is implemented efficiently and justly for the people of North Carolina.”