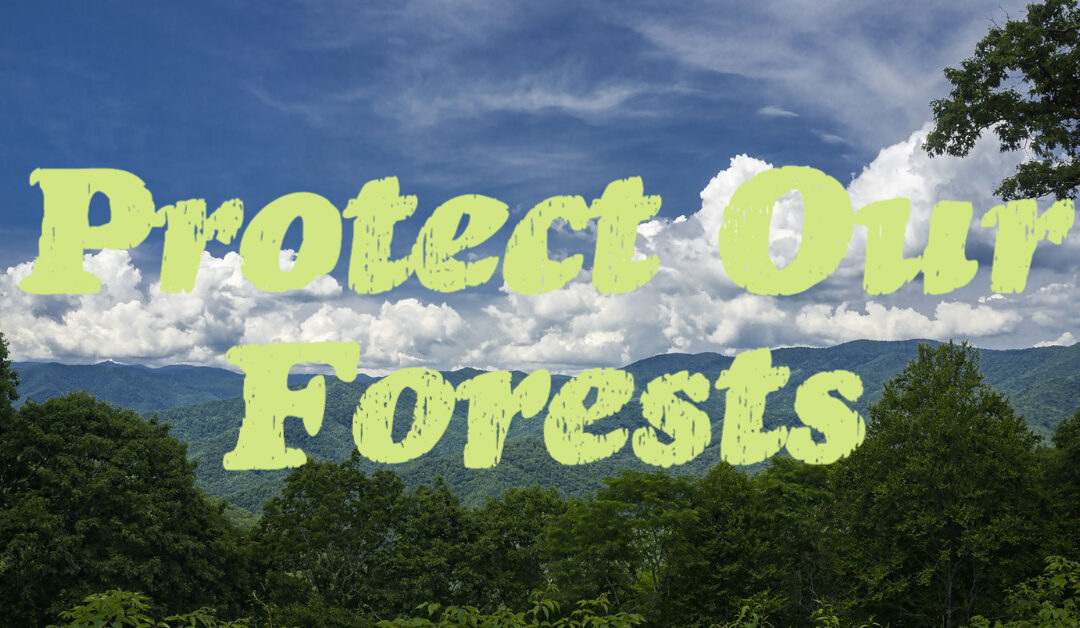 The US Forest Service is proposing a 1,500-acre timber sale in the Snowbird Mountains in Nantahala National Forest that would log documented old-growth stands, steep headwaters of pristine streams, and areas recognized by the state of North Carolina for their outstanding biodiversity and healthy forests.

Act now and tell the forest service to fix their proposal and protect our natural heritage.

This is the latest in a series of bad faith projects on the Nantahala National Forest that propose road building and timber harvest in some of the wildest and healthiest forests in our region. The Crossover Project would prejudice the new Forest Plan against the protection of old-growth forests, rare species, and backcountry areas and put water supply watersheds at risk. This is not what we consider a “collaborative” project that furthers ecological restoration for Nantahala National Forest.

Josh Kelly, MountainTrue’s field biologist explains: “The Forest Service worked with a broad group of stakeholders, throughout the forest management plan process. With one hand, they assure us that they take collaboration and our input seriously, then with the other hand they draw up these plans that plainly contradict the recommendations of hunters, hikers, anglers, equestrians, timber companies and other forest users. This is an old-school timber sale that targets the most sensitive and controversial areas for logging. If this project represents Nantahala National Forest’s priorities for the next 20 years, everyone should be very concerned, not just because of the damage it would do to the land, but because of the lack of relevancy, it would ensure for the agency. ”

The Crossover Timber Project would log 51 acres of Natural Heritage Areas. Within the project area, the slopes of Teyahalee Bald have been identified by the State of North Carolina as Natural Heritage Natural Areas for their outstanding biodiversity. These areas are home to some of the healthiest forests in North Carolina that include rare species like Mountain Catch Fly that would be harmed by commercial logging.

The Crossover Timber Project would log at least 98 acres of existing old-growth forests. The Forest Service’s own records show that all of these forests are over 130 years old, and fieldwork conducted by MountainTrue has documented trees over 200 years of age in these areas. MountainTrue alerted the Forest Service to the location and presence of these rare old-growth sites and they are still being targeted by this timber sale.

The Crossover Timber Project proposal would log more than 400 acres at the source of Robbinsville’s drinking water supply. Seventeen stands slated for analysis of commercial and non-commercial timber harvest treatments lie in the Long and Rock Creek watersheds. These streams flowing off the ridge of the Snowbird Mountains are all classified as High-Quality Waters and feed public drinking water supplies for the Town of Robbinsville.

The Crossover Timber Project would permanently decommission the western half of the Snowbird Mountain Trail. Recreation groups within the Nantahala-Pisgah Forest Partnership had asked that the trail be improved, not decommissioned within their recommendations for the forthcoming forest management plan.

If the Forest Service truly believes in collaboration, the solution is easy: Follow the recommendation of the partners you’ve been working with for the past 8+ years. The Forest Service can have a successful timber project while protecting Natural Heritage Natural Areas and existing old growth, and keeping Snowbird trail open.

The Forest Service is now soliciting input on the design of its Crossover Timber Project!

2. Send a Letter to the Editor

Send a letter to the editor of the Smoky Mountain News to raise public awareness.

MountainTrue monitors and analyzes every project in the Pisgah and Nantahala National Forests to support vulnerable species, safeguard old-growth forests, and make sure you have wonderful outdoor spaces for biking, hiking, hunting, fishing and foraging.