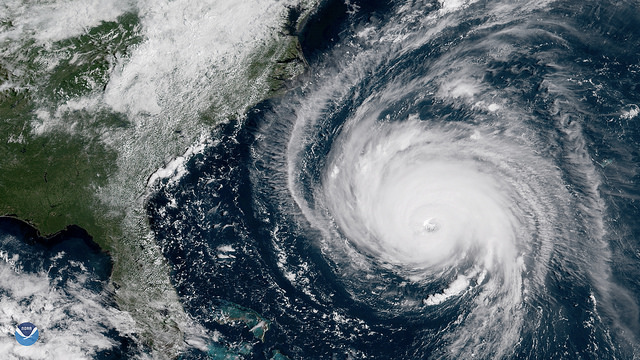 The legislature’s action came swiftly in a bipartisan vote that legislative leaders hailed as historically fast and generous.

That it was done quickly is beyond debate.

Whether the legislation is sufficient to address disaster victims’ immediate needs, or the long-term challenges storms like Hurricanes Florence and Michael pose to the state, is another matter.

For starters, let’s remember that initial estimates put the total damage caused by Florence at more than Hurricanes Floyd and Matthew combined. And that roughly one million households – or 26 percent of all North Carolina households – have been affected by the storm.

We should also keep in mind that scientists are now confident that the unprecedented havoc Florence wreaked is the new normal, as the reality of climate change asserts itself in increasingly dangerous weather patterns across our state.

Given the size of Florence’s impact and the risk of future storms, it’s no wonder that in his recovery plan, Gov. Roy Cooper identified more than $3.7 billion in unmet needs after private and federal disaster recovery is accounted for. Cooper recommended investing $1.5 billion to address this need – including the initial down payment of $750 million he asked lawmakers to appropriate.

On paper, lawmakers’ $800 million disaster appropriation appears to go above and beyond Cooper’s request. In fact, their investment is much more modest – $400 million, most of which is matching funds necessary to draw down federal assistance. The remaining $400 million is set aside in the new state disaster fund that is not available for recovery until and unless the General Assembly votes to spend it. Nor is the legislature required to do so – it can simply leave the funding where it is or vote to use it for non-disaster needs.

Republican leaders insist that they will open up the state’s coffers as the state’s disaster needs become clearer. They reasonably point out that the state is still assessing Florence’s full impact and that they will be back in Raleigh for yet another special session right after the November elections.

Here’s hoping they keep their word. With so many hurting from Florence and with so much to do to prevent similar catastrophes, we would have preferred a bolder approach. The need to provide additional housing assistance for Florence victims, for example, is immediate and will not diminish in coming weeks.

Slightly less pressing but just as obvious is the need to make North Carolina stronger and safer before the next storm. It is long since time to move hog farms out of eastern North Carolina flood zones. The state should also move quickly to help people who live in flood zones – many of whom are on limited incomes – to find safe homes away from rivers and streams that flooded during Matthew and flooded again during Florence.

Gov. Cooper’s recovery plan included immediate investment in these efforts and others that would make North Carolina safer, cleaner and more sustainable. Sadly, the disaster aid bill approved earlier this month does little to make the state more prepared for the next storm.

And What About Western NC?

While Western North Carolina was largely spared by this season’s storms, they should encourage those of us who live here to consider the lessons they pose for our region. After all, it wasn’t so long ago that many of us were threatened by wildfires, flooding and mudslides that destroyed too many homes and took too many lives.

For starters, this year’s storms urge us to consider how we can make our communities safer and more resilient. The General Assembly’s investment in landslide mapping for WNC counties is a good example of the kind of preparation we need. The fact that approval of this funding came two years after Hurricane Matthew – and in the same month that landslides destroyed at least 30 homes and left five people dead here – only demonstrates how much we need to speed up our work on preparedness and safety.

Particular attention is needed in those areas of Western North Carolina where preserved open space meets human development. It’s along these borders, for example, that wildfires pose the greatest danger to people and property. Preparing for bigger storms also requires that we review our stormwater systems and reassess our assumptions about flood risk to make sure we are prepared for worse storm events to occur much more frequently.

And really, once and for all, let’s end the ridiculous debates about whether climate change is “real.” This tedious argument does nothing to help us as a state and is an insult to the many thousands of North Carolinians who lost their homes and loved ones this fall.

The sad reality is that Florence and Michael are just the latest in a series of wake up calls that too many of our leaders have slept through for too long. We owe it to those hurt by these storms to wake up and prepare, now, for the next ones.