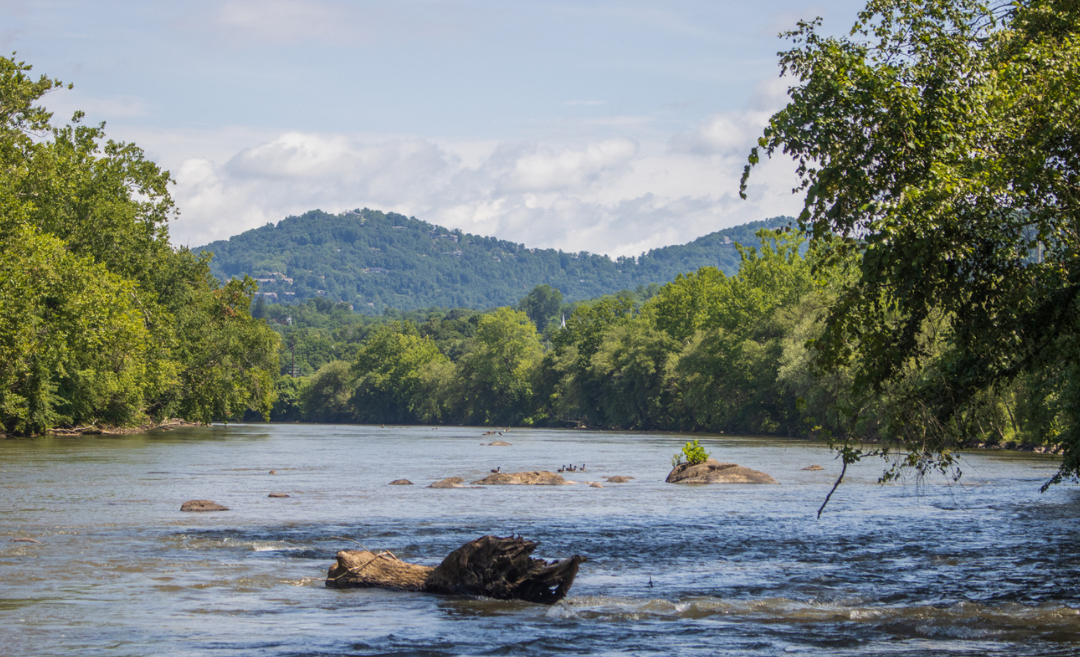 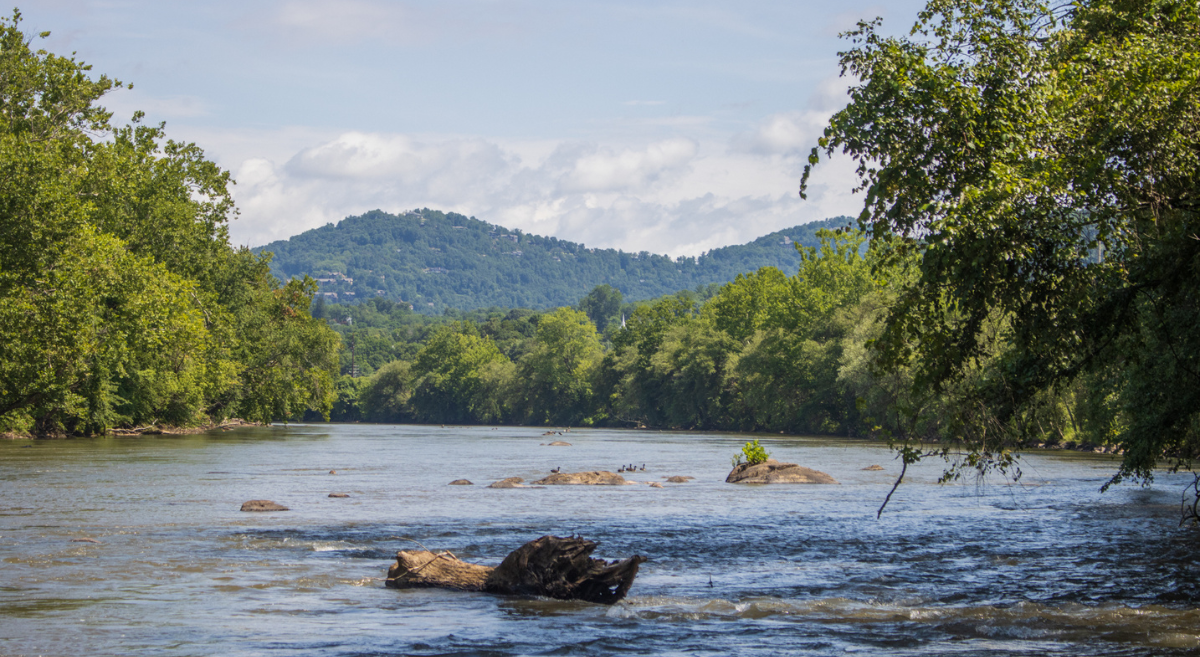 MountainTrue has partnered with the North Carolina Department of Environmental Quality (DEQ) and the Pigeon River Fund to create a new website that provides the public with real-time water quality estimates at Pearson Bridge on the French Broad River in Asheville, NC. The website combines existing technology and new mathematical modeling to estimate E. coli conditions in real time.

The modeling correlates water turbidity data provided by the U.S. Geological Survey with MountainTrue’s and DEQ’s E. coli data at Pearson Bridge. The French Broad River at Pearson Bridge is now one of the few places in the country to have a real-time E. coli estimate modeling system.

French Broad Riverkeeper Hartwell Carson explains, “Summer is when river recreation is most popular, but it’s also when afternoon thunderstorms can roll in, cause significant runoff and drastically change water quality. This new technology helps eliminate that uncertainty by providing the public with real-time estimated bacteria levels so that they can make informed decisions about whether or how to spend time on the river.”

The French Broad River Watershed is one of the most popular water-based recreation areas in North Carolina. On any given warm day, the French Broad Watershed hosts thousands of tubers, swimmers, canoers, kayakers, anglers, and whitewater boaters. Recreators frequently wonder how clean the river is and if it’s safe to swim or paddle.

As part of its existing Swim Guide program, MountainTrue publishes E. coli data each week from May to September on the Swim Guide platform. MountainTrue utilizes the Environmental Protection Agency (EPA)-approved IDEXX method for collecting and analyzing water samples and compares the results against the safe standard for health determined by the EPA.

MountainTrue samples for E. coli because it’s the best indicator for the presence of microbes that pose threats to human health, such as Cryptosporidium, Giardia, Shigella, and norovirus. Heavy rains and storms often result in spikes in E. coli contamination, increasing the risk to human health. Contact with or consumption of contaminated water can cause gastrointestinal illness, skin, ear, respiratory, eye, neurologic, and wound infections. The most commonly reported symptoms are stomach cramps, diarrhea, nausea, vomiting, and low-grade fever.

While the Swim Guide program provides high-quality data, it suffers from a time lag, as E. coli samples take 18-24 hours to incubate. Water quality can vary significantly from week to week or even day to day. E. coli levels can change quickly with heavy rains, as stormwater triggers runoff from agriculture, sewer overflows, and failed septic systems. Swim Guide data taken from MountainTrue’s Pearson Bridge sampling site over the past month illustrates this problem. During a relatively dry period in June, E. coli levels at Pearson Bridge were well below the safe standard set by the U.S. Environmental Protection Agency (EPA). July’s heavy thunderstorms have caused E. coli levels at Pearson Bridge to spike significantly, including being over 25 times the EPA’s safe standard on July 13.

As our mountain region experiences increased high-intensity rain events as a symptom of climate change, developing a model that provides E. coli estimates to the public is important. The French Broad Riverkeeper says MountainTrue and DEQ want folks to have the resources they need to make more informed decisions about when and how to recreate the French Broad River. Now, this will be possible thanks to the real-time E. coli estimator model and the USGS Pearson Bridge turbidity gage data on which it is based.