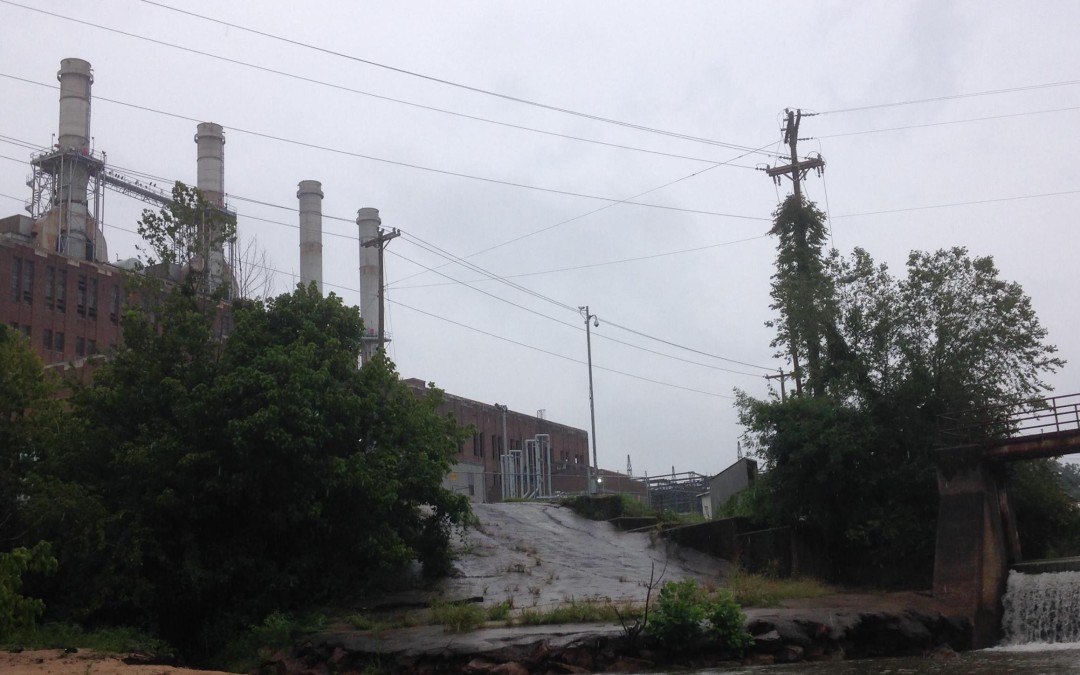 Mooresboro, N.C. — Recent sampling by the Broad Riverkeeper and MountainTrue confirms that Duke Energy is continuing to pollute groundwater and surface water with toxic heavy metals at its coal-fired power plant near Cliffside, N.C.. The team used a sampling method to tap into shallow groundwater near the edge of the Broad River at three locations: upstream and across the river from the Duke Energy plant (used as a “background” location for sampling purposes), next to an inactive coal ash pit and next to the active coal ash pit.

Broad Riverkeeper David Caldwell explains, “despite the significant threat of coal ash to the Broad River and the surrounding community, Duke Energy still refuses to clean up their coal ash mess. Duke has ample capacity in the onsite, lined landfill to store this ash, but refuses to spend the money to protect our community by digging up the ash and moving it.”

To bring attention to Duke Energy’s choice to put its profits over the health of waterways, MountainTrue and the Broad Riverkeeper will be gathering community members at the Cliffside Power Plant (James E. Roger’s Energy Complex) on October 14 in protest. The protesters will paddle a section of the Broad River with a banner reading, “Protect Our Water, Move Your Ash!”

The sampling shows an overall trend of significant increases in heavy metal concentration when compared to background samples. Results show:

MountainTrue fosters and empowers communities throughout the region and engages in policy and project advocacy, outreach and education, and on-the-ground projects. To achieve our goals, MountainTrue focuses on a core set of issues across 23 counties of Western North Carolina: sensible land use, restoring public forests, protecting water quality and promoting clean energy – all of which have a high impact on the environmental health and long-term prosperity of our residents. MountainTrue is the home of the French Broad Riverkeeper, the Green Riverkeeper, the Watauga Riverkeeper and the Broad River Alliance, a Waterkeeper Affiliate working to promote fishable, swimmable, drinkable waters in the Broad River Basin. For more information: mountaintrue.org