Save the French Broad, One Fish at a Time 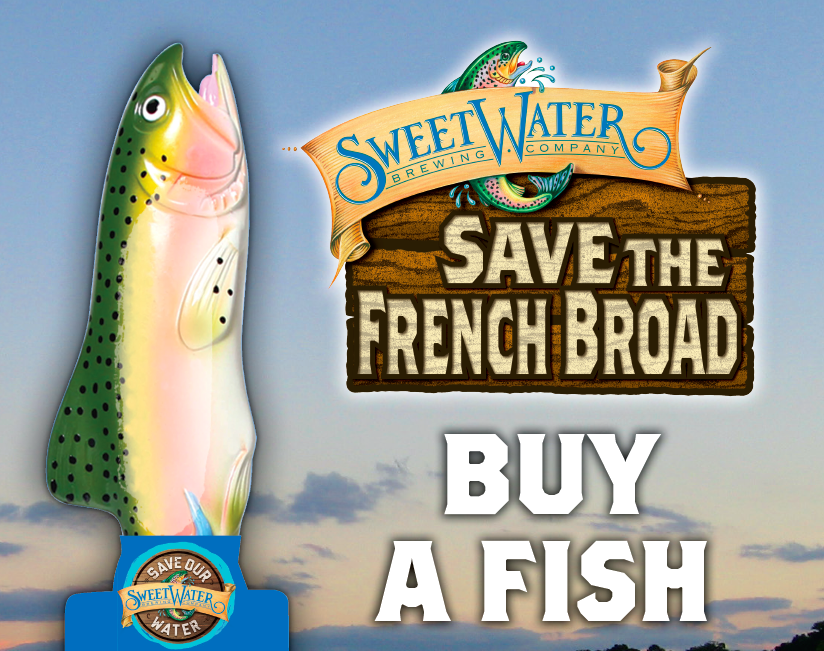 Save the French Broad, 1 Fish at a Time

For the month of August, fishing will be good throughout the French Broad River Watershed for both fishers and non-fishers alike. In partnership with Sweetwater, MountainTrue is hosting a campaign to clean up the French Broad River through the sale of paper fish in local restaurants, bars and businesses. You can show your support for swimmable, fishable and drinkable water in the French Broad by buying a $1 fish at the following locations:

The selling of paper fish occurs in conjunction with the annual Save the French Broad Raft Race where local businesses race each other down the whitewater section of the French Broad. This year, you can expect teams from Bier Garden, Brixx, The Matt & Molly Team, Prestige Subaru, Cascade Lounge, Mellow Mushroom in Asheville, WALK, Liquid Logic, The Southern and Edward Jones to battle their way down the river in rafts donated by Blue Heron Whitewater for a chance to become raft race champions.

If you see the paper fish hanging on the wall at a local eatery, bar or business, buy one and show your support for the French Broad!

Thank you to our Save the French Broad sponsors!