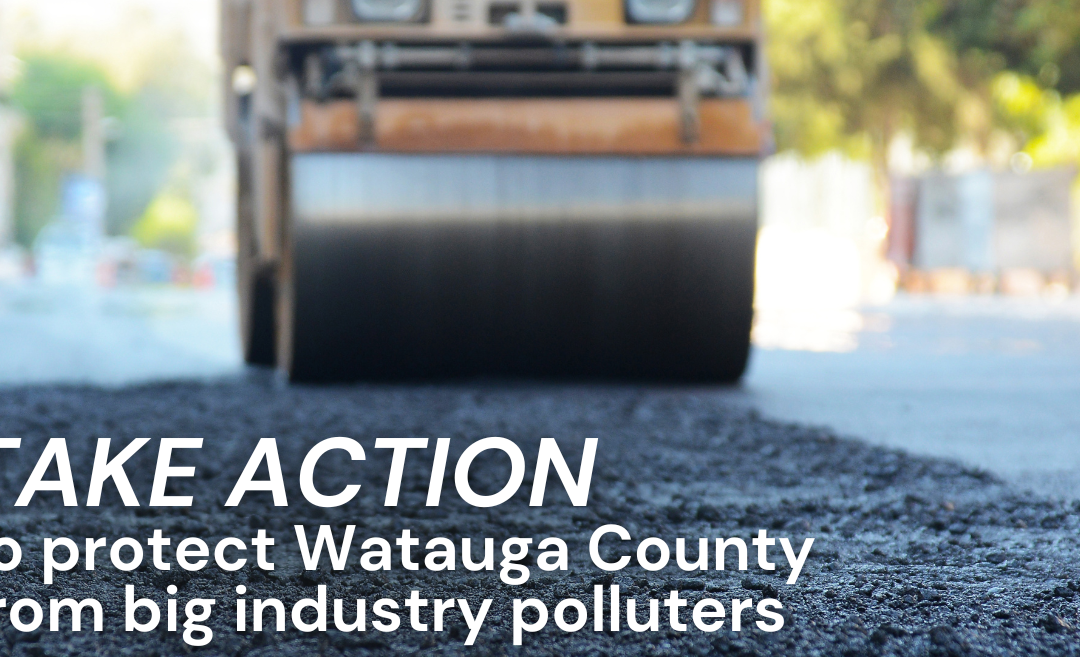 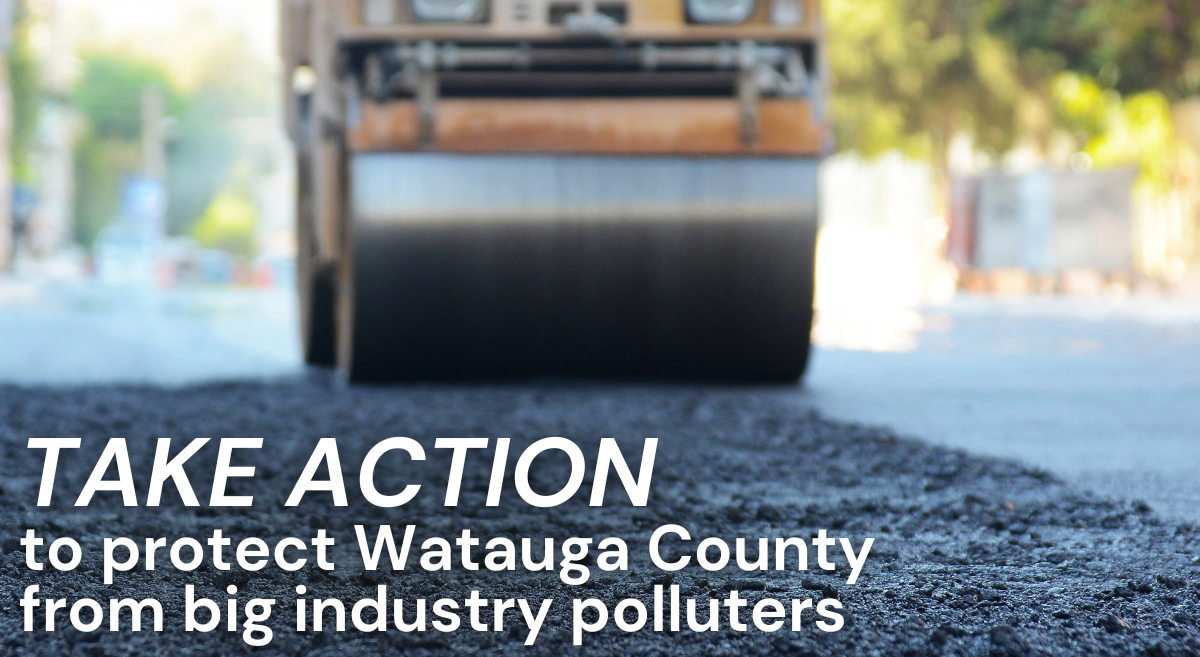 The proposed amendment is important for advancing appropriate regulatory control over big polluting industries in Watauga County, including the Maymead Asphalt Plant on the 421 Scenic Byway. This minor change would add protections against additional toxic development on a roadway designated by Watauga County as a gateway.

The proposed amendment to the HILU Ordinance is good for Watauga County for several reasons:

1) It would not allow new high-impact development within 1500 feet of a roadway designated by Watauga County as a gateway.

The county spent time and money developing three gateway strategies, but they currently have no protections in the HILU Ordinance to enact those strategies or to protect the gateways from further high-impact development. Watauga County’s gateways should not be allowed to become high-impact alleyways for toxic polluting industries.

2) It would act as the second line of legal defense against polluting industries seeking to expand their operations in Watauga County.

Right now, Maymead — the company building a new asphalt plant in Deep Gap on the 421 Scenic Byway — is grandfathered into the site plan approved by the county back in 2011. Any changes to the site plan would not be legally allowed under the current HILU Ordinance due to an existing provision prohibiting high-impact development within 1500 feet of a state-designated scenic byway. This existing provision is the only thing preventing Maymead from expanding or changing the parameters of the 2011 site plan.

3) It would build upon existing state-level provisions at the local level.

Maymead would likely work hard behind the scenes to bypass the 421 Scenic Byway’s state-level protections, asserting that there’s nothing scenic about an asphalt plant at the eastern entrance to the High Country. The proposed amendment would allow the HILU Ordinance to protect both state-designated scenic byways and county-designated gateways from polluting industries like Maymead.

The official notice of a public hearing to be held at the Watauga County Administration Building in Boone is as follows:

The Watauga County Board of Commissioners will hold a Public Hearing in the Commissioners’ Board Room located in the Watauga County Administration Building at 814 West King Street in Boone, North Carolina, to allow public comment on proposed amendments to the spacing requirements for Category 1 and 2 High Impact Land Uses from the regulations (Chapter 13 of the Planning & Development Ordinance).

The amendment would be to add to (F)(3): or a roadway designated by Watauga County as a Gateway” following “designated as a NC Scenic Byway”

(3) Category 1 High Impact Land Uses may not be established within 1,500 feet of the right-of-way line of a roadway designated by NCDOT as a NC Scenic Byway or within 1,500 feet of the Blue Ridge Parkway. Presence of a city, county or other political subdivision boundary shall be irrelevant for purposes of calculating and applying the spacing requirements of this Section.