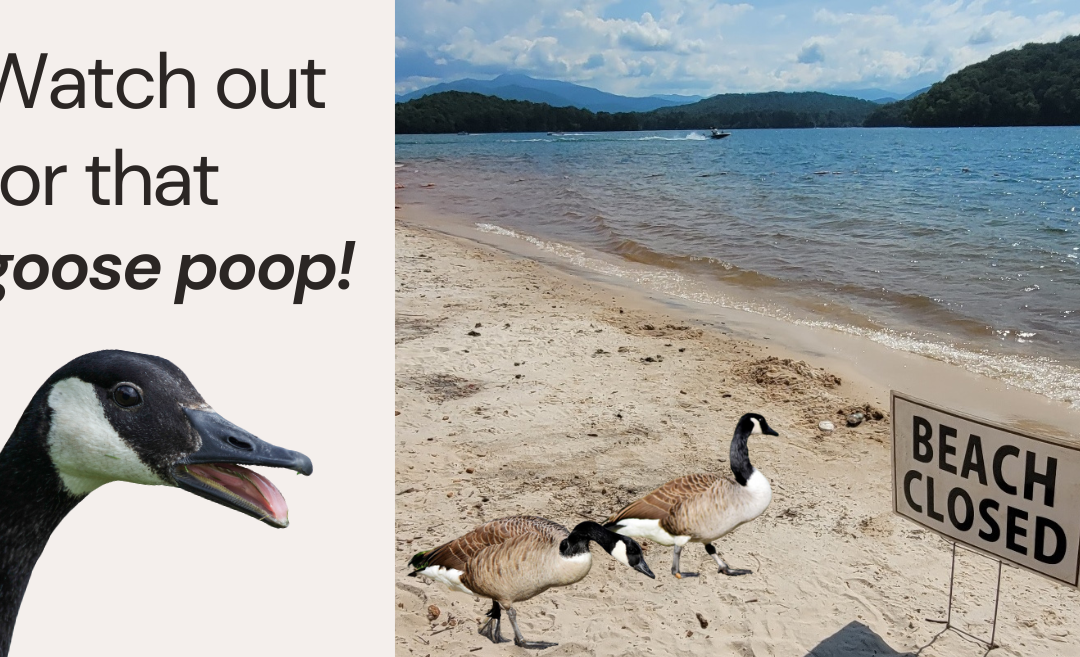 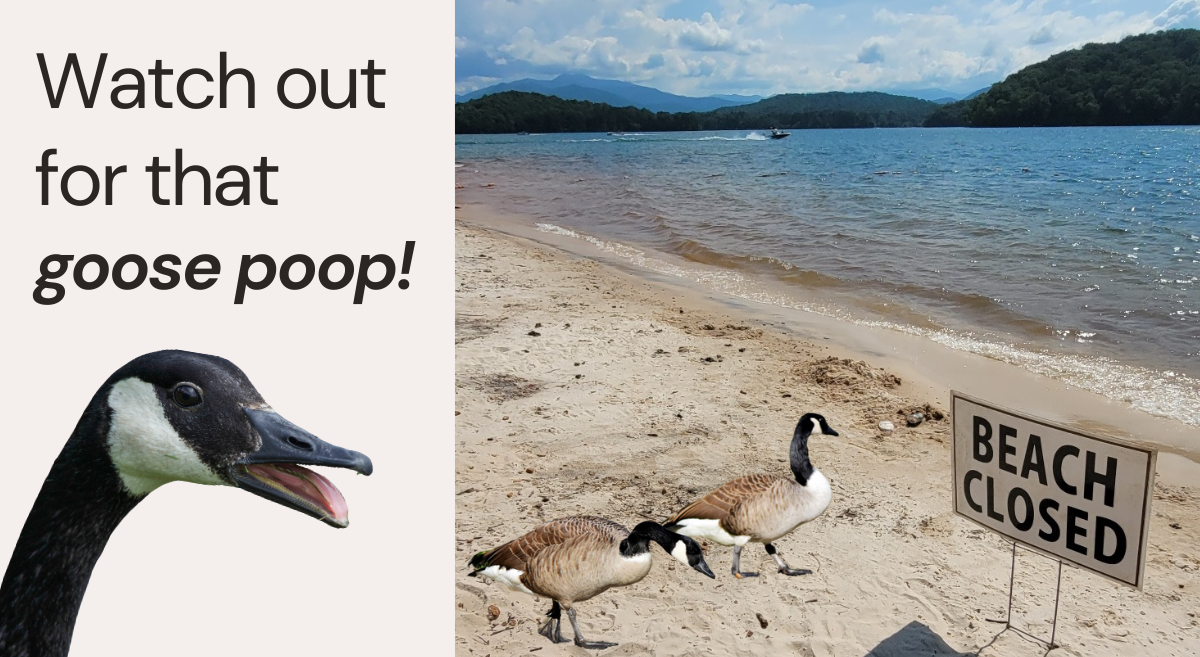 Geese, ducks, and swans may seem like a beautiful and natural part of a lakeside environment. You may enjoy them so much that you spend time feeding them or otherwise encouraging them to spend time on your property or in local parks. But overly large waterfowl populations can actually cause several problems for humans, water quality, and the birds themselves.

The Canada goose (Branta canadensis) has been present in North Carolina and Georgia historically in both migratory and residential populations. During the 1970s, the number of migratory geese coming to these states declined drastically. In response, in the early 1980s, state wildlife agencies introduced populations of a goose sub-species with weak migrating skills that quickly adapted to the suburban lakes and rivers of Georgia and North Carolina. This new population of resident geese exploded into 45,000 birds in Georgia and 100,000 birds in North Carolina, but generations later, they now have next to no migrating skills.

These large waterfowl populations leave a lot of droppings behind. According to Clear Choices Clean Water Indiana, a single Canada goose eats three to four pounds of grass and can create as much as two to three pounds of waste per day. These droppings are unsightly and odorous and can also make people sick. Goose feces carries similar bacterial strains to those present in mammal waste. Research has shown that goose poop contains a wide variety of pathogens capable of infecting humans. Parasites that cause gastrointestinal problems (particularly Cryptosporidium and Giardia) have also been found in waterfowl feces. And feces from geese, ducks, and swans commonly act as hosts for the parasite that causes swimmer’s itch.

A large population of migratory birds staying in Georgia and North Carolina during the winter does not drastically raise the bacterial count of a waterbody, thanks to the low seasonal temperatures. Intestinal strains of bacteria do not reproduce in cold or freezing temperatures. However, with a large geese population now residing in our lakes during the summer months, warmer water temperatures promote the growth of potentially harmful pathogens. Additionally, bird waste is high in phosphorus, a nutrient that increases algae growth in mountain lakes.

As a general rule, try to stay away from areas that are heavily contaminated with waterfowl droppings. If you come into contact with poo, wash your hands thoroughly before touching your face or other people. Thoroughly wash any shoes, feet, or clothes that come into contact with droppings as well. It is especially important that parents be vigilant about keeping children away from areas heavily covered in droppings. 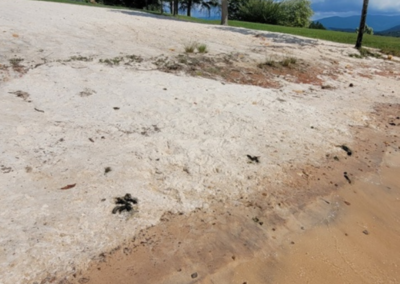 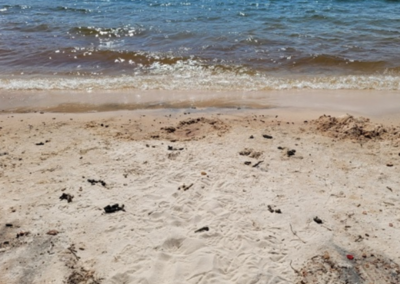 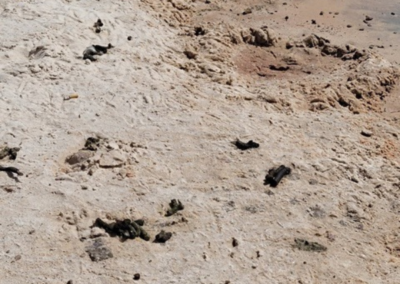 Pictured above: Goose droppings on a public swimming beach in the Southern Blue Ridge Mountains.

How can you help?

Do not feed geese. Handouts of bread or other human food items have little nutritional value to geese, artificially satisfy their hunger, and make them reliant on nesting in parks and residential communities. Geese are herbivores, and green plants, including sedges and grasses, make up the bulk of their diet.

Make it difficult for geese to find an ideal nesting location. Lush green turf grass planted right up to the edges of our lakes, ponds, and rivers has created the perfect habitat for goose populations to explode. If you typically keep your grass cut short, try letting it grow tall around the edges of the shoreline or plant some native moisture-tolerant shrubs such as buttonbush, arrowwood viburnum, and others — this makes it more difficult for geese to walk from the water to the land and back, making your property less inhabitable. You can also identify places where you’ve seen geese nest previously and place an object there to prevent geese from nesting there in the future — this object must be large and heavy enough that the goose can’t move it.

Get (or adopt!) and train a dog to chase geese away from your property. Border collies and similar herding breeds are exceptionally capable of chasing unwanted waterfowl away. Training your pup(s) to chase away the geese in the mornings and evenings is one of the most effective methods to deter the birds from spending time on your property. The geese perceive the dogs to be predators and decide to find somewhere else to live.

Hunt residential goose communities. The Canada goose is not an endangered species and hunting is permitted. All of Western North Carolina is classified as a residential population hunting zone with three seasons in the fall and winter. Georgia has four seasons beginning in September. Visit wncwildlife.org or georgiawildlife.org to learn more.