Muddy Water Watch — a project of MountainTrue, the French Broad Riverkeeper, and the North Carolina Waterkeepers — is designed to monitor and reduce sediment pollution in North Carolina waterways. Primarily from construction sites, poorly maintained and illegal roads, sediment pollution is the number one reason for poor water quality in North Carolina. Sediment pollution is a grave water quality concern because it smothers aquatic life, warms the water, reduces oxygen levels, destroys habitats, and clogs fish gills. This pollution is contributing to a massive decline in fish populations and increasing susceptibility to blue-green algal blooms that release toxins and impair streams from swimming, fishing, and drinking.

Muddy Water Watch is sponsored by the North Carolina Riverkeepers to reduce pollution and increase erosion control measures throughout the state. The French Broad Riverkeeper worked with the U.S. Forest Service and the National Forest Foundation to close 24 illegal roads in Hurricane Creek, a sub-watershed and trout stream in the Pisgah National Forest. The Riverkeeper is now looking into four additional sub-watersheds to identify potential roads to be closed in the future.

French Broad Riverkeeper Hartwell Carson is responsible for identifying issues that threaten water quality throughout the entire French Broad Watershed, though he cannot monitor the entire watershed at all times. If you see construction sites or illegal roads that are causing sediment pollution directly into a river or stream, you can email the French Broad Riverkeeper at hartwell@mountaintrue.org. Once the Muddy Water Watch app is finalized, users will be able to download the app, record their findings, and report pollution.

Muddy Water Watch has teamed up with Shiny Creek — an Asheville-based enterprise-class web and mobile application development company — to create a new smartphone app that makes documenting sources of dirty water easier than ever. Currently in development, the Muddy Water Watch app will make it easier to defend water quality in Western North Carolina by reporting sediment pollution. On the app, users will be able to snap a photo of the pollution source, provide notes, and submit a report. The report will be geotagged so that it goes to the appropriate authority of the pollution site. 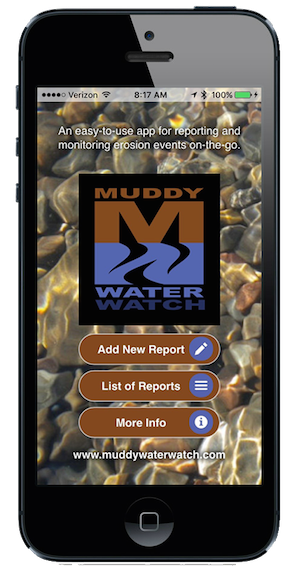 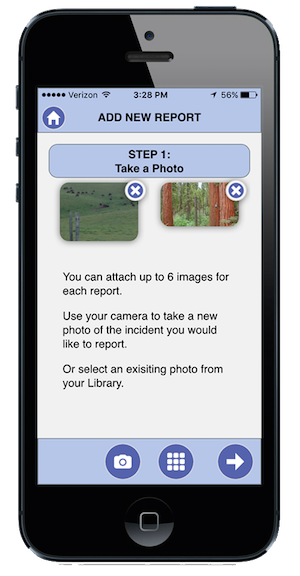 We would like to thank our sponsors for their support of the Muddy Water Watch: