Guardians of Our Troubled Waters – Film Exhibition and Discussion 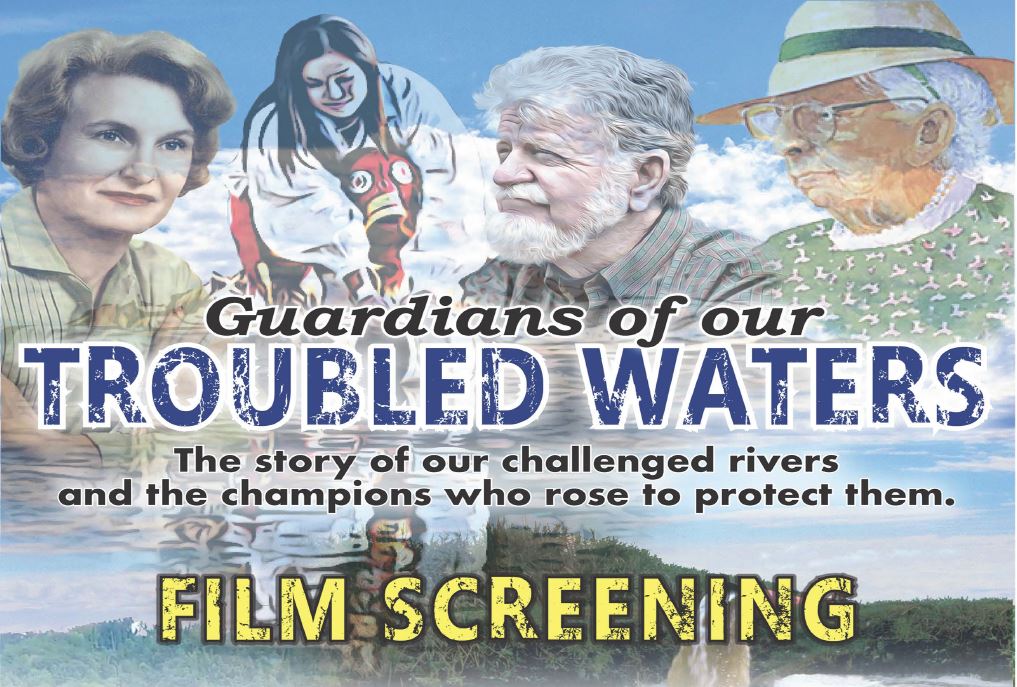 What if we could smell our local rivers long before we could see them? What if our legacy was dead streams, poisonous water and a dying ecosystem? This was the story of our community not very long ago. Mark Twain remarked that many of the rivers he observed were “too thin to plow but to thick to drink” and that describes the French Broad River, the Pigeon, the Swannanoa, the Mills and the Green and many other regional waterways.

Meet the River Heroes who said NO to the destruction of our Troubled Waters. People like Wilma Dykeman in WNC and East Tennessee, Marjory Stoneman Douglas in Florida, the Upper French Broad Defense Association in NC and the Dead Pigeon River Council in Tennessee.

Their passion, their activism and their call to save our waterways awoke our communities to the need for river stewardship. Their call still echoes today in the environmental efforts, land conservancies, river keepers, green businesses and engaged communities who are working to be the stewards nature is asking us to be.

Award-winning film director David Weintraub, will present his new film on the ordinary people who did extraordinary things to protect southern rivers and streams.

This film screening is presented by Conserving Carolina, Walnut Creek Preserve, and MountainTrue.