Oct 14: John Muir Among the Animals 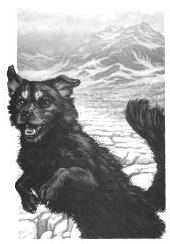 Join us for an evening around the campfire with John Muir, America’s best known conservationist, at 7:00 PM, Friday, October 14 at the Asheville Community Theatre in downtown Asheville. Actor Lee Stetson will reprise the legendary role of Muir in a show entitled John Muir Among the Animals.

This year’s show highlights Muir’s relationship with the wildlife he inevitably encountered during his travels throughout the Yosemite Valley and beyond. Tales include Muir’s nearly disastrous “interview” with a Yosemite bear, his face-to-fang encounter with a rattlesnake, and hilarious stories of tending sheep – those “hoofed locusts” destroying the lovely meadows of the Yosemite High Country. Also included is Muir’s boyhood remembrance of the passenger pigeons, which dazzled him with their flocks of many millions filling the sky for days at a time. In stark contrast, in Muir’s old age, he is made aware of the single remaining pigeon named Martha, held captive at the Cincinnati Zoo. The basic themes of the show revolve around animal rights and the problem of extinction, but are largely served up with Muir’s irrepressible humor. Finally, Muir’s deep understanding and love for the animal kingdom was never made more evident, or more educational, than his telling of his frightening adventure with a dog named Stickeen. This quaint little adventuresome animal, with whom Muir gets lost in a storm on an Alaskan glacier, provides us with one of the greatest dog stories of all time.Tickets to the performance are $25 in advance, $30 at the door, and $20 for WNCA members. A $12 ticket is offered to attendees under 18. Admission includes a desert reception during intermission and a chance to meet the actor immediately following the performance.